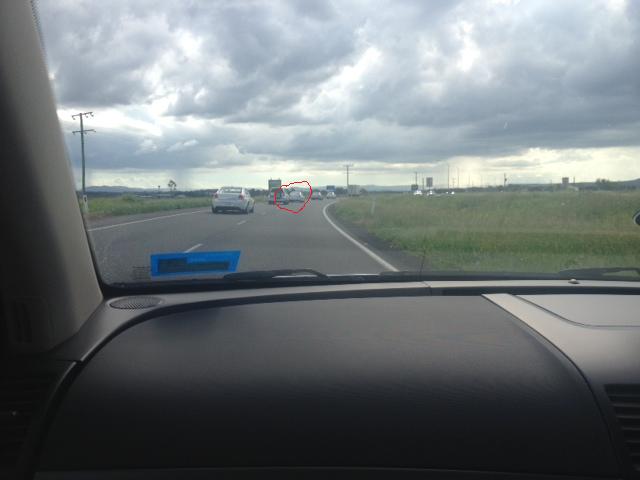 It's not often I notice the Great and the Good out and about, but on the way back from Brisbane to Toowoomba today we were overtaken by a convoy which included the Governor-General (Quentin Bryce).

She was on her way to inspect the mess that is Laidley.

She was in a white Holden Senator with a crown where the number plate should be. I think the GG is the only person who gets around in a car without number plates.

It had a flag up front, but I couldn't see exactly what flag it was, as it went by too quickly.

On this section of the flood damaged Warrego Highway, the limit was down from the usual 100km/hr to 80km/hr, but the GGs driver didn't seem to have noticed.

What intrigued me was the 4WD (Toyota Prado) that held station about half a car length behind the GGs car. You can see it in the pic - taken on my iPhone.

No - I didn't take the shot - my passenger did. A zoom lens would have helped.

I'm not sure if the Prado was the security detail or a group of local authority people. Whichever, they were tailgating the GGs car.

Not that we've seen much sun lately.

I wonder if he was booked?

Now that's something you don't see every day..... 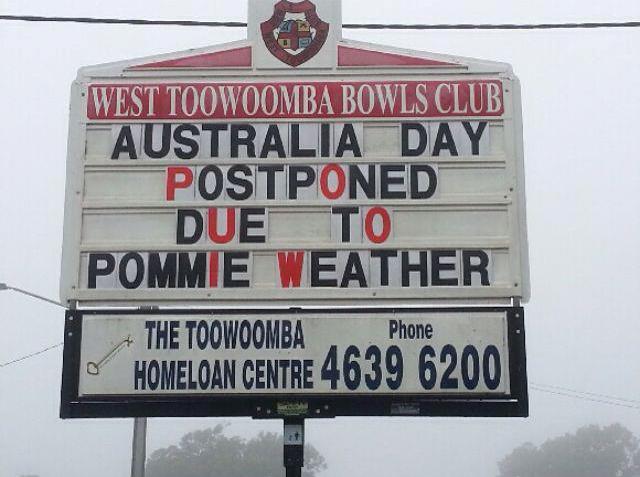 Oswald’s gone, but he’s not forgotten.

He’s stuffed up pretty much the whole eastern seaboard, and messed up the Australia Day celebrations more than somewhat.

He’s probably trying to tell us that we celebrate our nationhood on the wrong day.

It should be 3rd December. The flag’s wrong too, but that’s another story.

The local damage was actually worse than 2010 (with the exception of the CBD flooding), as the wind gave Toowoomba a fair old touch-up.

Our backyard didn’t escape. I’ll have to wait for a day or two of sunshine to clean up the mess, as it’s too soggy to get the Ute in the backyard right now. 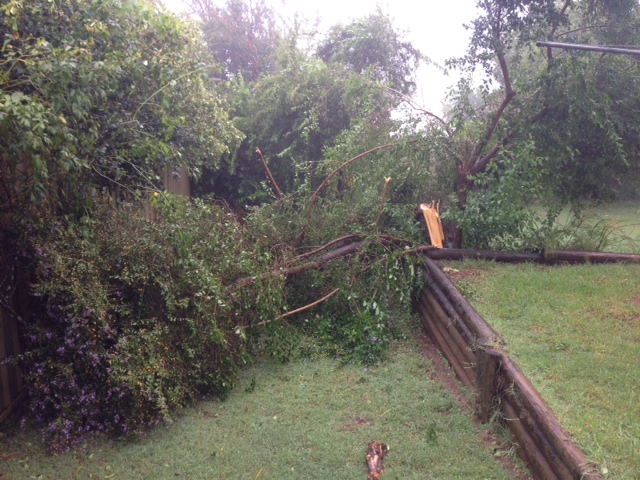 The other main inconvenience on the home front caused by Oswald is the dog. As a heeler, she’s an outside dog, but we put her inside because of the weather. She got bored, worked out how to get into the room for unclassifiable objects in the laundry, and had fun. 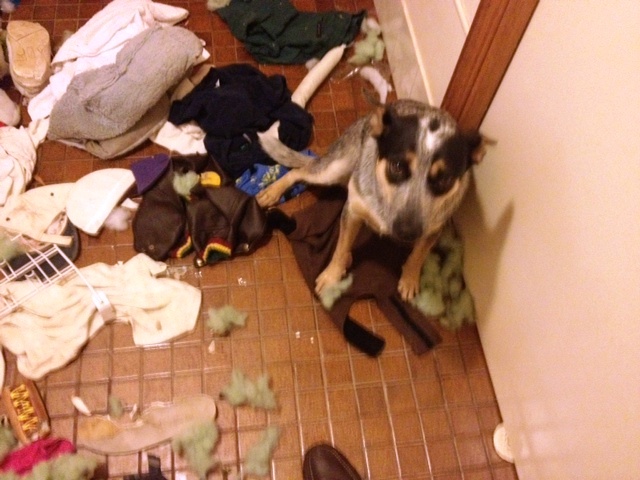