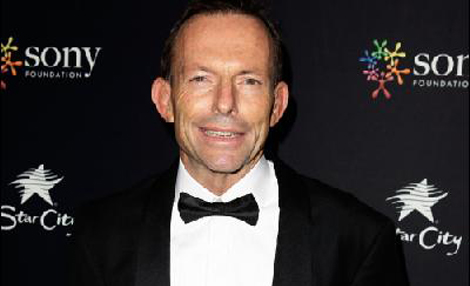 This article provides an interesting insight into Tony Abbott's chronic carelessness with the truth.

You won't see an analysis like this in the MSM.

Back in the nineties we spent five years living and working in Mount Isa.

“We” was my family, and at that time the four kids ranged in age from 2 to 14. It wasn’t a bad place to live. The community was strong and self supporting. In a sense it had to be.

The Isa was a day and a half’s drive from the coast (Townsville). Back then it cost about $700 one way to fly out.

This meant that you found your own entertainment in town. For the kids, there were heaps of opportunities for sport and activities like eisteddfods, and all of ours had opportunities for trips out of town for various reasons.

Service clubs, churches and sporting clubs were thick on the ground. The pubs were rough, but there were plenty of Clubs (note the capital “C”) where you could get a drink and a good meal in pleasant surroundings.

There were five state primary schools, two state highs, a special school, and two Catholic schools. All in all, it was (and is) a thriving community.

Mount Isa is where it is because of the mines. For a long time it was a “mine” town. Communities like Mount Isa are now a relic of the past.

These days, workers fly in and out of mine sites. Some also drive (DIDO). There are many reasons for this, but almost all of them relate to maximising profits. The big miners have no regard for quality of family life for their workers. They consider none of this their responsibility.

I see the results of this every time I drive west through the Surat basin. That’s often, because I go west every second week.

Workers live in dongas on the mine site, get pissed at the canteen, and that’s about the level of engagement with the area in which they work.

They spend no money, develop no relationships, and leave nothing behind (physically or emotionally) except for holes in the ground.

What they do leave behind are their families. Wives and kids are left to fare for themselves. There are a few couples who work together, but they are in the minority, and it stops when the kids arrive.

There is a social cost attached. Ask any teacher or GP who works with the families of FIFO and DIDO workers, and they’ll spell it out. Incidence of depression, out-of-control kids and failed relationships are proportionally much higher in these communities.

The costs are met by the public purse in salaries for support teachers, social workers, and health personnel. It’s never measured, but it’s real, if hidden.

So next time you hear mining unions bitching about FIFO, and DIDO, don’t write them off as ungrateful bastards. They care for their members and see what this bizarre lifestyle does to them and their families.

And don’t forget, that whilst the big miners are socking away billions in profits (much of it offshore) we’re paying for the damage through our tax dollar.

The miners are the most subsidised industry in the country. It’s about time we woke up to this simple fact. It’s also about time some of the hidden social costs which we, as taxpayers meet, were measured and held up to the light of day.
Posted by 1735099 at 09:56 0 comments

This year's David Hack meet was held at a new venue (the Glenvale Club) rather than at Toowoomba Airport as it has been in previous years.

I'm not sure why, but you can bet your boots that it has something to do with insuring an event that uniquely (until this year) had fixed and rotary wing aircraft and hundreds of motor vehicles moving around and being managed safely in a relatively congested area.

This separation of aircraft and motor vehicles has taken away the unique atmosphere of the event. 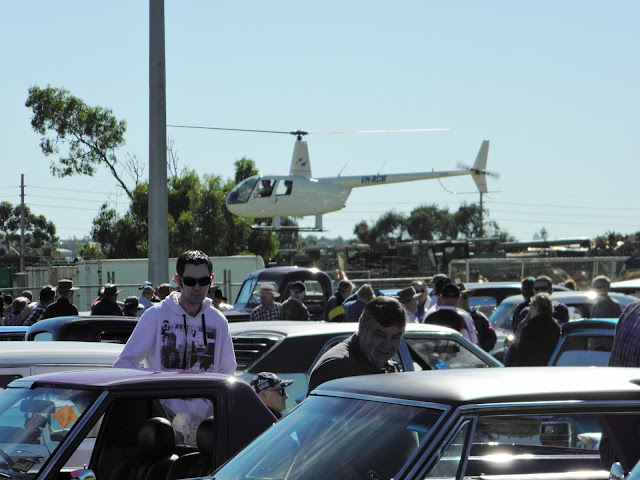 You had the option of paying $15 one way on this chopper, or taking a free bus to the airport if you wanted to view the aircraft. Many did. 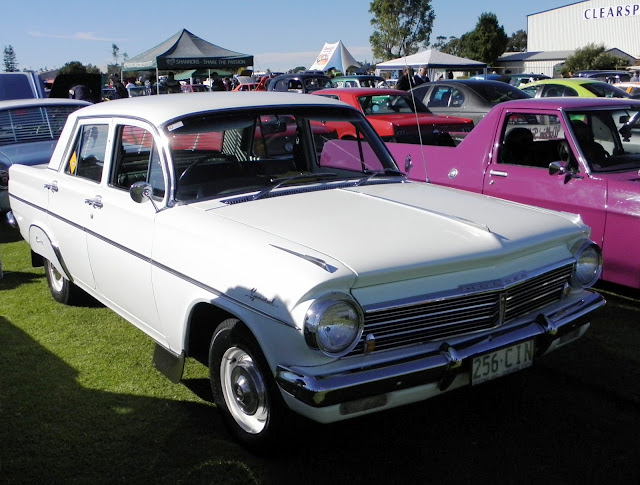 The usual variety of vehicles was present, including this immaculate EH. I learned to drive in an EJ, which was probably just as well. The EH had a lot more mumbo, and I may not have survived. 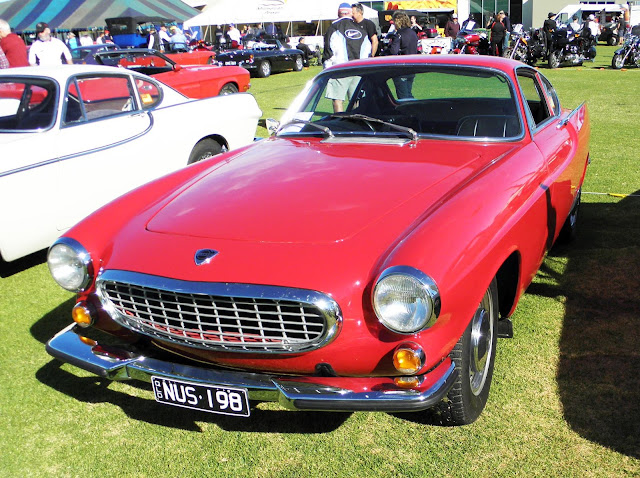 I didn't encounter the Saint, but his car was there. 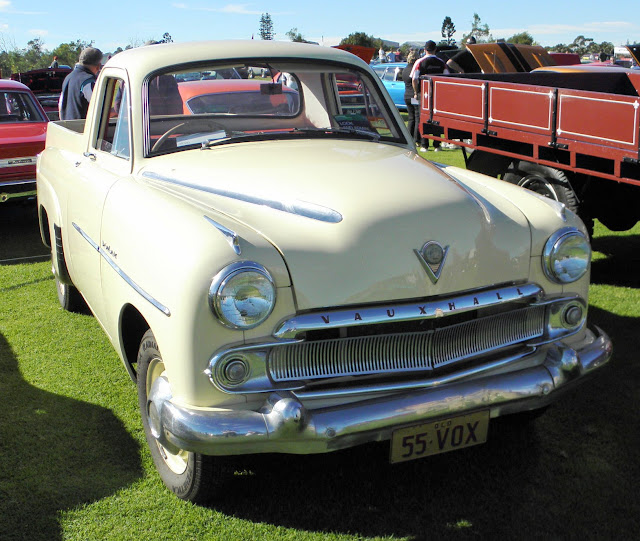 My dad-in-law bought one of these from the newsagent at Herberton, restored it, and drove it all over Queensland until his eyesight deteriorated. 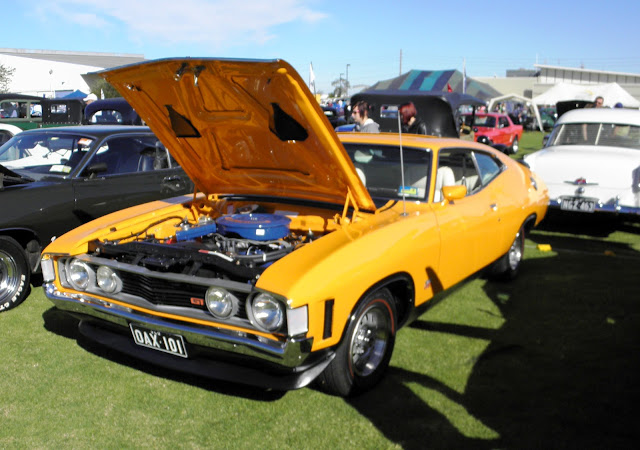 This one's for Cav. Excuse the camera shake. 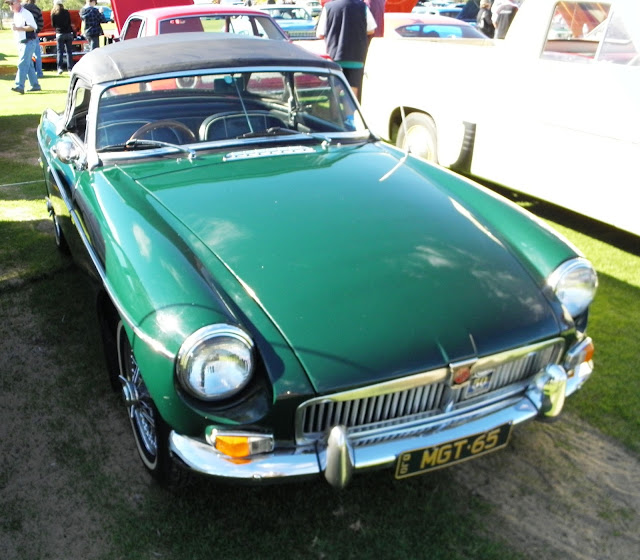 The usual gaggle of MGBs was there. They leak and drive like trucks, but otherwise they're OK. 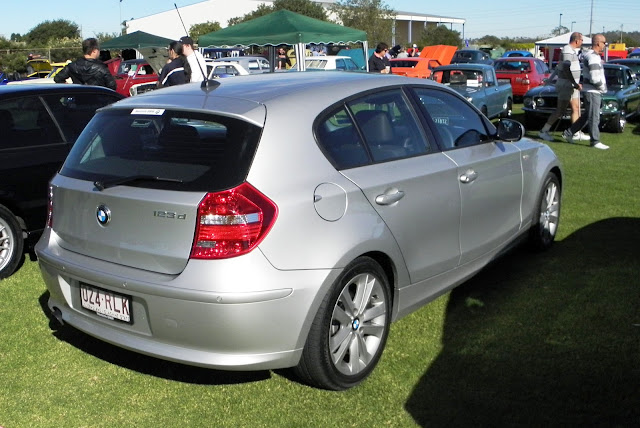 My brother has one of these. The diesel (this one) is a real sleeper. 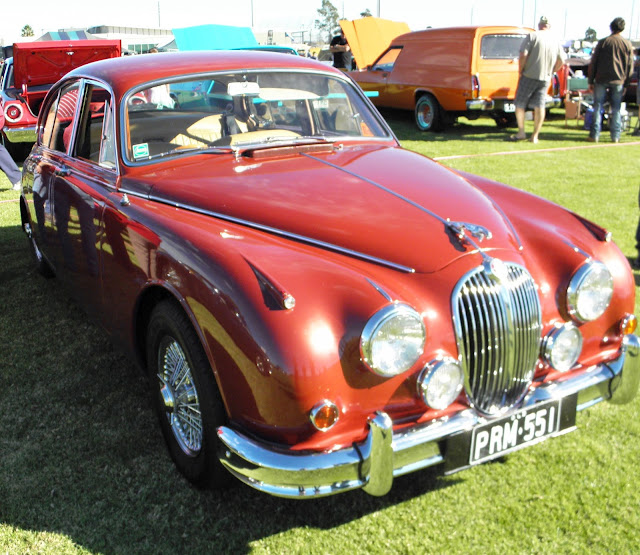 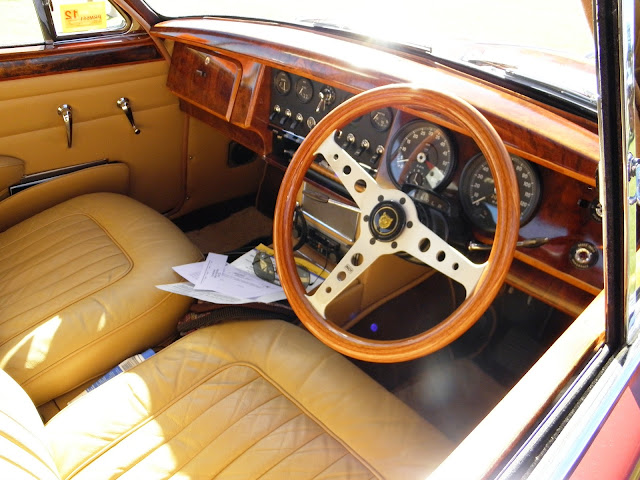 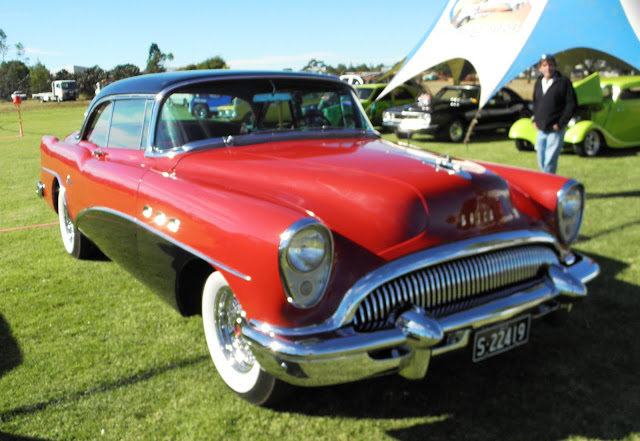 Buick - block of flats on wheels. 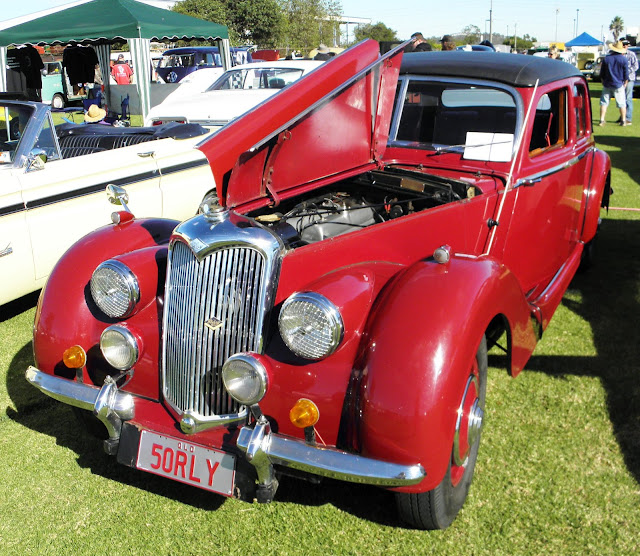 Two and a half litre Riley. It's probably a sacrilege, but I prefer the Pathfinder. 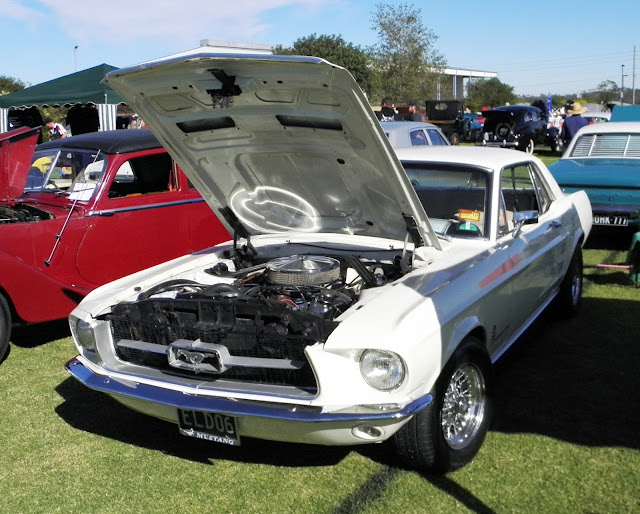 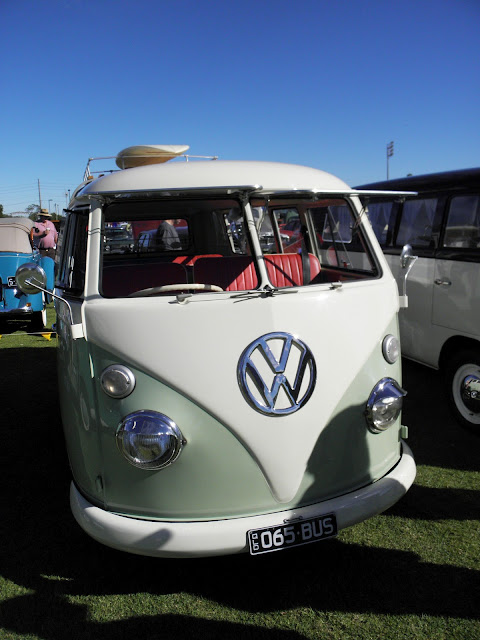 I was looking for a VW Beetle to show my son what my first car looked like. There wasn't one to be found. The closest was this Kombi, complete with innovative folding windscreen air conditioning. 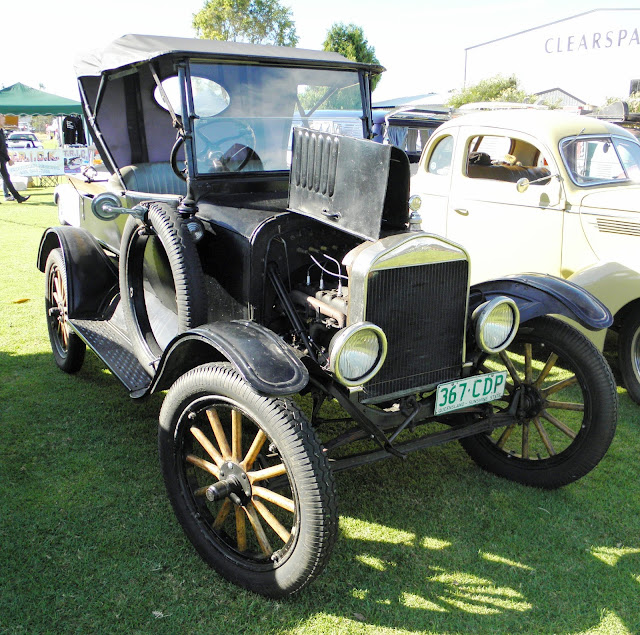 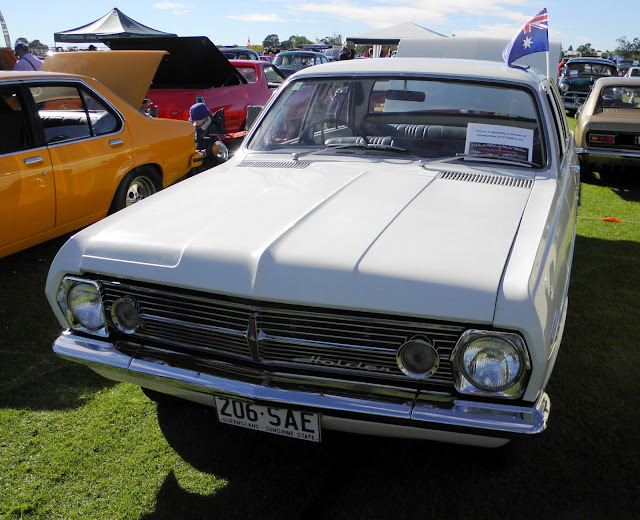 I bought one of these (a 161) from my dad when I got back from Vietnam. Apart from the fact that it had oval brake drums, it was an OK car. 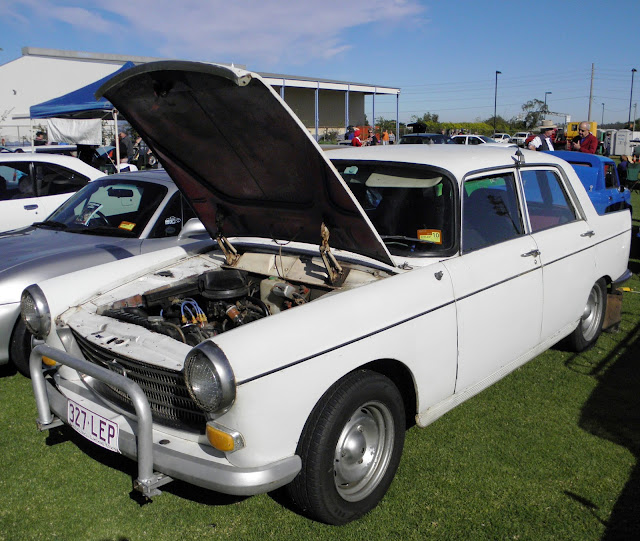 These 404s are built like brick dunnies. I've owned two over the years. This example has been rallied and bashed all over the country. 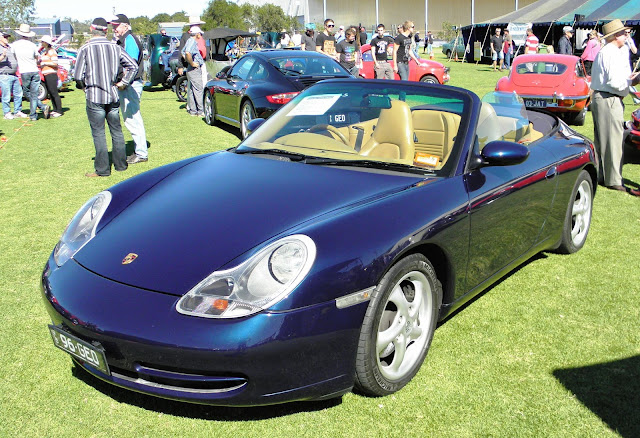 I've always had a weakness for Porsches. 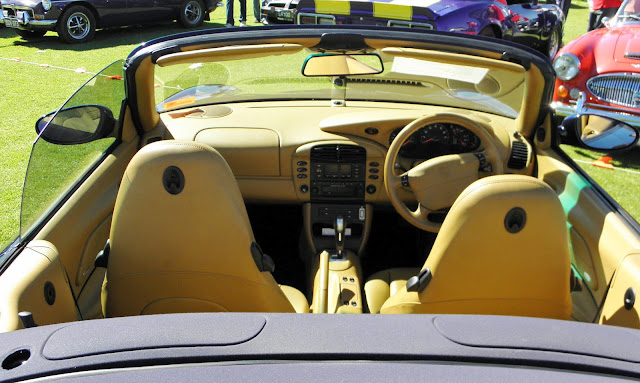 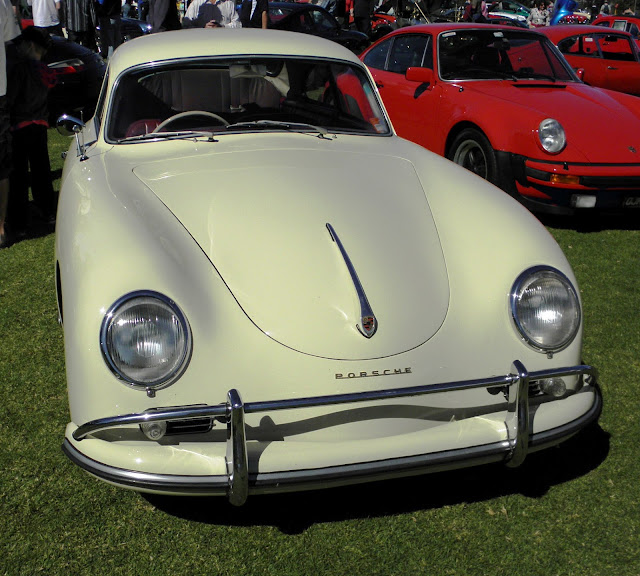 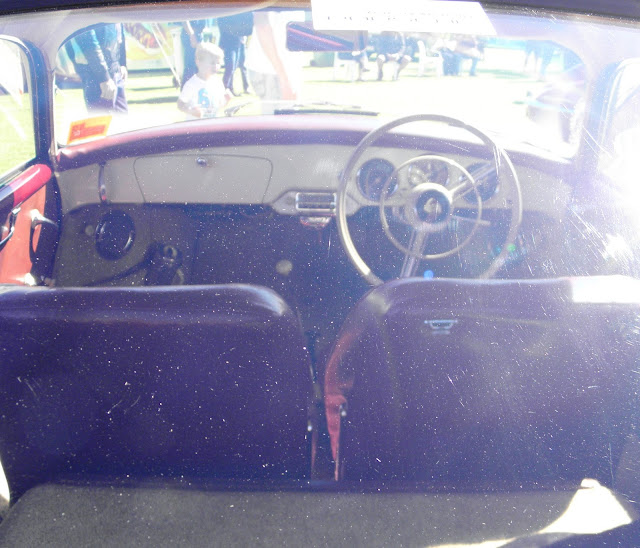 A not entirely successful interior shot. 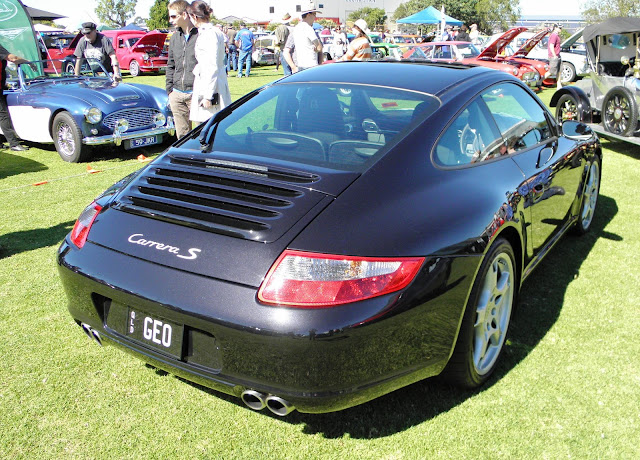 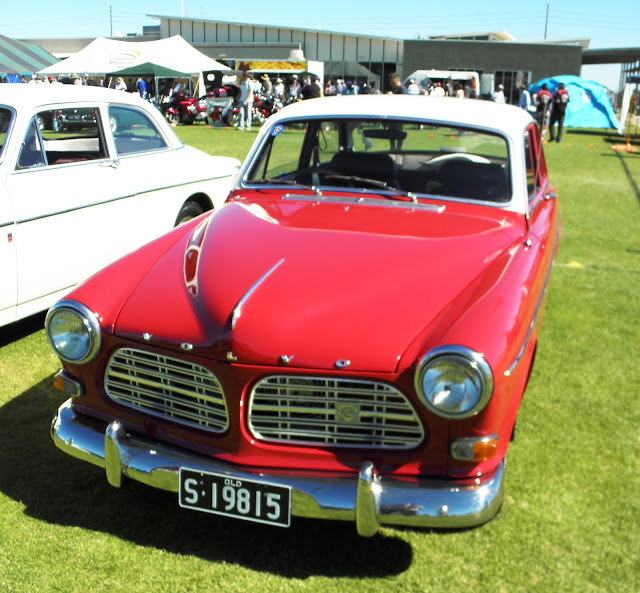 A nut and bolt restoration of a Volvo 122S. Beautifully done, but somehow I prefer a car that still has a patina of age. 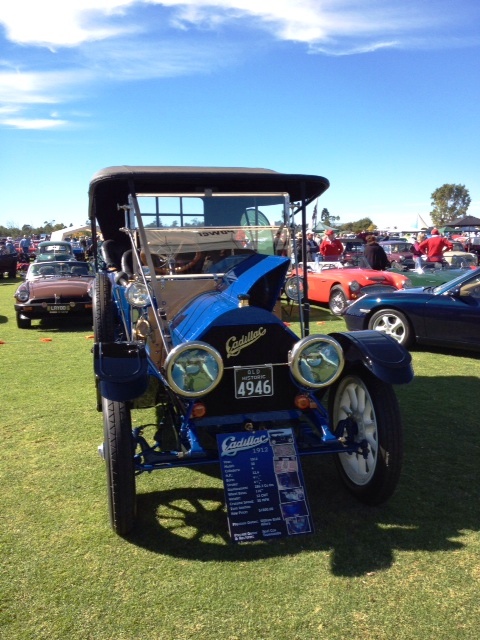 There was a beautiful old Caddy. 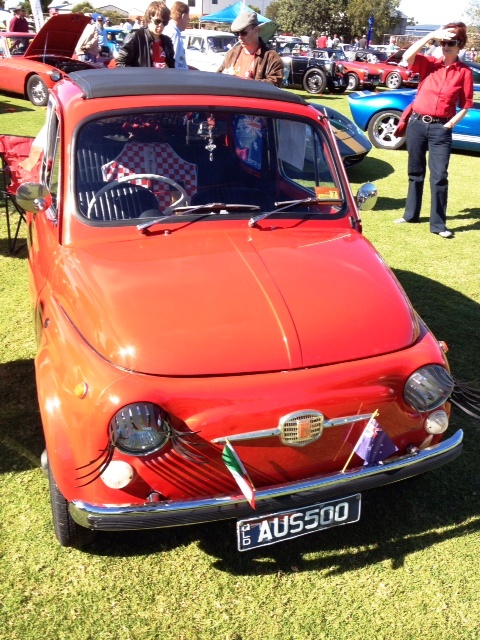