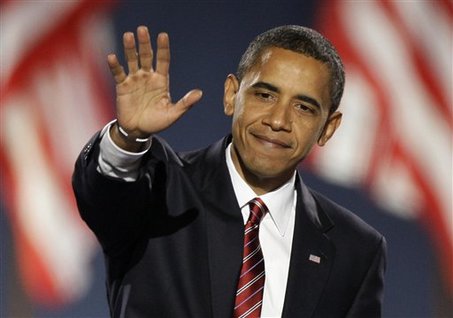 I’m glad the Presidential Poll in the USA is over at last.

Most of our media (print and electronic) has been full of it for weeks. I doubt the reverse applies when it comes to American interest in our politics.

I wonder how many Yanks would know the name (let alone the gender) of our national leader.

The result did not surprise, although any reading of the Right wing blogosphere would have convinced the easily led that a Republican victory was in the bag.

It’s bit early to gauge the reaction, but already the usual suspects have hit the Twitter sphere with what can only be described as lunacy.

One of the aspects of the process that I found bizarre was the actual electoral system used across the Pacific. Contrasting the American way with what happens here is illuminating.

I was brought up with a familiarity with the process in this country.

My dad, as a bush school principal for much of his career before he became senior enough to run larger schools in bigger centres, was always in charge of polling booths in his schools. In the bush, local schools are almost always polling centres.

As a kid, I took an interest in the process, and understood how it operated.

Later, as a young teacher, I worked from time to time as a polling clerk. On one notable occasion I worked at the then Greenslopes Military Hospital with a mobile bedside ballot box.

That was interesting, to say the least. One of these days I’ll blog about it.

Behind the process in this country is an electoral commission, which, in my experience, runs a very efficient and professionally managed poll. Scrutineers from the major parties are involved, and the setup is transparent and generally tamper proof.

Contrast that with the situation stateside, where each state runs its own polls, and where no two seem to do it in the same way. In addition, whatever administration is in power at the time runs the show, so the risk of partisanship is real and present.

This hit the fan in 2000. No such situation could eventuate here.

In contrast to our system, in the US elections are chaotic, poorly organised, and generally messy.

On the other side of the Pacific, turnout in Presidential Polls has recently averaged around 60%.

Think about that. It means 40% of Americans have no say in their government. To me, that isn’t true democracy.

We are a social species. Participation in organising our society is both a privilege and a responsibility.

To deny that is to deny that most basic form of patriotism – i.e. the responsibility of participation.

Yanks I have met over the years (in Vietnam and since when travelling) are universally patriotic and proud of their country. To me, there is a particular form of irony in the fact that these patriots are happy that many of their countrymen and women (40% or so) think so little of their country that they don’t participate in its democratic process.

This report from AFP hints at what I was saying partisanship above. Read the last third of the artcle.
Posted by 1735099 at 07:21 0 comments 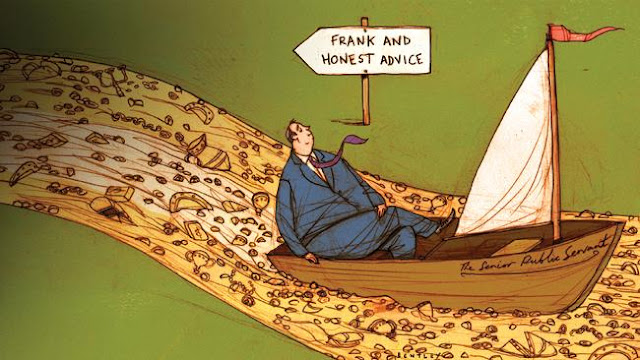 Today's Courier Mail has an interesting piece about the relationship between senior public servants and government.

It's relevant in Queensland at the moment given the imbroglio involving Caltabiano and his minister, although there's an element of internecine LNP grudge politics behind it.

I've had close contacts with plenty of senior public servants over the years (including my brother who retired as a Deputy DG).

He got booted sideways once because he told his minister something she didn't want to hear.

From my personal observation, the effectiveness and efficiency of government agencies has gone downhill since the development of the Senior Executive Service.

This is particularly the case with Queensland Health.

Bottom line is, self-interest will always trump honesty (except for aberrations like my brother), so SES personnel will always tell the pollies what they want to hear.

From the linked article -

But the biggest problem with this change from Westminster-style administration, which has career public servants providing "frank and fearless advice", to something closer to the US system of making political appointments to senior posts is that, in the words of political analyst Scott Prasser, "governments get the advice they want rather than the advice they need". 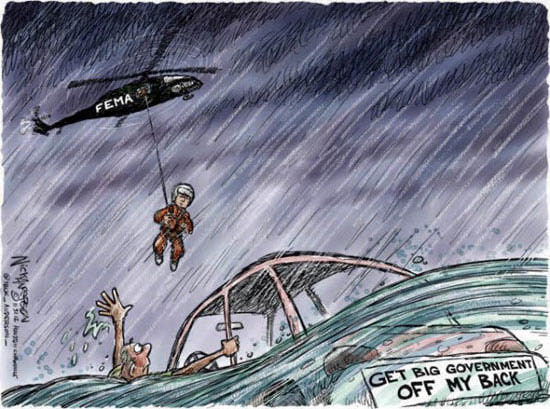 This image captures well the conflict between Libertarianism and reality.