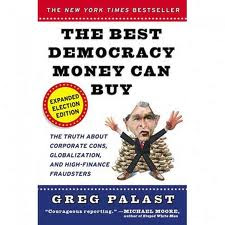 It’s strange how myths develop to the point where thay become part of the language. The USA is referred to as “The home of the brave; the land of the free”.

If freedom is defined as having the capacity to participate in the democratic process, perhaps our cousins stateside had better have another look at their definition.

A brief examination of some simple comparative statistics is revealing –

Interesting stuff – I’m too lazy to do the maths, but it looks like participation in Presidential ballots (Bold) averages about the mid fifties, and congressional elections score in the high thirties.

Think about it. Only one Yank in two elects the President, and only one in three his/her congressional rep. This is the home of freedom as expressed by participation in the democratic process?

Given the control the Yanks exert over the rest of us through their military and economic power, I humbly suggest that if the Septics are too lazy to get off their bums and vote, then maybe residents of other democracies who are affected by American power should get a vote if they wish. Seems only fair.

Comparing the USA with other democracies is even more revealing -

Of the group of nations listed the USA ranks lowest, behind the likes of Romania, Poland and Estonia.

Given the apparent belief held by many Americans that their country is the bastion of democratic principles, I find that passing strange.

What is even stranger is this report in today’s Fart of the Nation.*

It seems that partisan and discriminatory laws are in place in some US states that make it virtually impossible to register to vote if you are poor, disabled, or elderly. Sure, these laws are being challenged, but their existence provides an interesting insight into the American definition of freedom.

It sure isn’t mine.

Update - To get around Rupert's firewall on that link, do a Google search on  "Tough new voting laws threaten Barack Obama election by: David Weisbrot".