I Have No Enemies 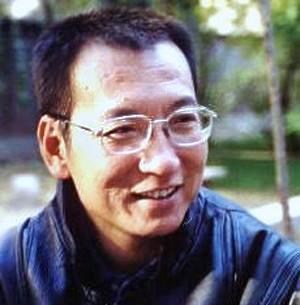 I am posting this man's words without comment - none is needed. Text is from Beinformed (Click on the title for the link).


Chinese dissident, Liu Xiaobo was honored in absentia at Oslo earlier today with this year's Nobel Peace Prize. Since Liu could not attend the function, as he is serving an eleven-year prison sentence in a Chinese prison, actress Liv Ullman, read out selected passages from Liu's last public speech, given last December in a Beijing court at the time of his sentencing. The speech, titled 'I have no enemies: My final statement', is published by the HRIC (Human Rights In China) online. Here is an excerpt from Dr Liu's remarkable speech, which showcases not only his passion for his work, his kindness and his unflinching commitment to fundamental human rights, but also his literary prowess:
"In the course of my life, for more than half a century, June 1989 was the major turning point. Up to that point, I was a member of the first class to enter university when college entrance examinations were reinstated following the Cultural Revolution (Class of ’77). From BA to MA and on to PhD, my academic career was all smooth sailing. Upon receiving my degrees, I stayed on to teach at Beijing Normal University. As a teacher, I was well received by the students. At the same time, I was a public intellectual, writing articles and books that created quite a stir during the 1980s, frequently receiving invitations to give talks around the country, and going abroad as a visiting scholar upon invitation from Europe and America.
What I demanded of myself was this: whether as a person or as a writer, I would lead a life of honesty, responsibility, and dignity. After that, because I had returned from the U.S. to take part in the 1989 Movement, I was thrown into prison for “the crime of counter-revolutionary propaganda and incitement.”
I also lost my beloved lectern and could no longer publish essays or give talks in China. Merely for publishing different political views and taking part in a peaceful democracy movement, a teacher lost his lectern, a writer lost his right to publish, and a public intellectual lost the opportunity to give talks publicly. This is a tragedy, both for me personally and for a China that has already seen thirty years of Reform and Opening Up.
Twenty years have passed, but the ghosts of June Fourth have not yet been laid to rest. Upon release from Qincheng Prison in 1991, I, who had been led onto the path of political dissent by the psychological chains of June Fourth, lost the right to speak publicly in my own country and could only speak through the foreign media. Because of this, I was subjected to year-round monitoring, kept under residential surveillance (May 1995 to January 1996) and sent to Reeducation-Through-Labor (October 1996 to October 1999).
But I still want to say to this regime, which is depriving me of my freedom, that I stand by the convictions I expressed in my “June Second Hunger Strike Declaration” twenty years ago—I have no enemies and no hatred. None of the police who monitored, arrested, and interrogated me, none of the prosecutors who indicted me, and none of the judges who judged me are my enemies. Although there is no way I can accept your monitoring, arrests, indictments, and verdicts, I respect your professions and your integrity, including those of the two prosecutors, Zhang Rongge and Pan Xueqing, who are now bringing charges against me on behalf of the prosecution. 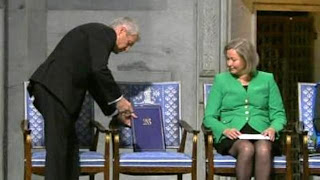 Hatred can rot away at a person’s intelligence and conscience. Enemy mentality will poison the spirit of a nation, incite cruel mortal struggles, destroy a society’s tolerance and humanity, and hinder a nation’s progress toward freedom and democracy. That is why I hope to be able to transcend my personal experiences as I look upon our nation’s development and social change, to counter the regime’s hostility with utmost goodwill, and to dispel hatred with love.
It is precisely because of such convictions and personal experience that I firmly believe that China’s political progress will not stop, and I, filled with optimism, look forward to the advent of a future free China.
For there is no force that can put an end to the human quest for freedom, and China will in the end become a nation ruled by law, where human rights reign supreme.
If I may be permitted to say so, the most fortunate experience of these past twenty years has been the selfless love I have received from my wife, Liu Xia. Throughout all these years that I have lived without freedom, our love was full of bitterness imposed by outside circumstances, but as I savor its aftertaste, it remains boundless. I am serving my sentence in a tangible prison, while you wait in the intangible prison of the heart. Your love is the sunlight that leaps over high walls and penetrates the iron bars of my prison window, stroking every inch of my skin, warming every cell of my body, allowing me to always keep peace, openness, and brightness in my heart, and filling every minute of my time in prison with meaning. 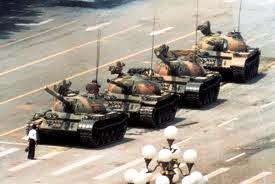 My love for you, on the other hand, is so full of remorse and regret that it at times makes me stagger under its weight. But my love is solid and sharp, capable of piercing through any obstacle. Even if I were crushed into powder, I would still use my ashes to embrace you.
My dear, with your love I can calmly face my impending trial, having no regrets about the choices I’ve made and optimistically awaiting tomorrow.
I look forward to [the day] when my country is a land with freedom of expression, where the speech of every citizen will be treated equally well; where different values, ideas, beliefs, and political views . . . can both compete with each other and peacefully coexist; where both majority and minority views will be equally guaranteed, and where the political views that differ from those currently in power, in particular, will be fully respected and protected; where all political views will spread out under the sun for people to choose from, where every citizen can state political views without fear, and where no one can under any circumstances suffer political persecution for voicing divergent political views. I hope that I will be the last victim of China’s endless literary inquisitions and that from now on no one will be incriminated because of speech.
Freedom of expression is the foundation of human rights, the source of humanity, and the mother of truth. To strangle freedom of speech is to trample on human rights, stifle humanity, and suppress truth. In order to exercise the right to freedom of speech conferred by the Constitution, one should fulfill the social responsibility of a Chinese citizen. There is nothing criminal in anything I have done. [But] if charges are brought against me because of this, I have no complaints. Thank you, everyone."
Posted by 1735099 at 07:29

Makes me bloody glad we live in Australia!