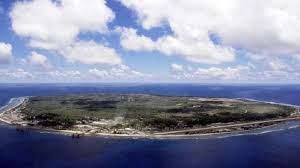 The recent report of the Queensland coroner into the death of Hamid Khazaei has resurrected the debate about our asylum seeker policy and practices.

It’s pretty clear that his death was avoidable, and the outcome of decisions where politics trumped sensible medical recommendations. Perhaps it’s time for the people who made those decisions to be brought to account. I won’t hold my breath….

What has also become clear, is that despite the constant repetition of the myth that we “stopped the boats”, the truth lies somewhere else. The boats have not stopped. They have continued to leave Indonesia.

Generally, we don’t hear about it, because information about “on-water” operations is censored, but the following facts are relevant –

33 boats and 771 people have been turned back since September 2013 under Operation Sovereign Borders. The last boat turned around was in June 2018, but the number of people it contained is not reported.

The fact of the matter is that banging asylum seekers up in offshore gulags hasn’t stopped desperate people from getting on boats. They don’t get to Australian waters, apparently, and we don’t really know what happens to them.

There are exceptions - most recently some Vietnamese, who are treated very differently now from the way they were resettled in the late 70s and early 80s.

The boys in blue on our patrol boats are doing a good job (again, apparently – we don’t know for sure), but they can stop arrivals, not departures.

Offshore detention was supposed to do that (stop departures). It hasn’t.

In the meantime, over a thousand people are detained in what can only be described as concentration camps, and we are in breach of many of the international agreements that we have signed. They are there, we are told, to send a message to those seeking asylum by boat. By imprisoning them indefinitely, we are told that no more people, no matter how desperate, will take to boats.

Except the message hasn't got through, so why are they still there?

The “policy” if you want to call it that, is simply a political wedge. The collateral in that wedge is about 1300 human beings, some of whom have been imprisoned for more than five years, and all of whom have no idea of their future.

As an ex-conscript, I know what it feels like to be political collateral, and what is being perpetrated on those asylum seekers is simply shameful.

Were you really a conscript Robert?
Spoiled your credibility again by your perpetual whinging about your personal failings as a conscientious objector.
I am sure your obituary will have mention of your service to your country in greater detail than anything else that you have experienced, unless someone else gets the privilege of writing it.

As a head master previously in the education system you should be aware that your use of the word gulag is entirely incorrect in relation to offshore detention centres.