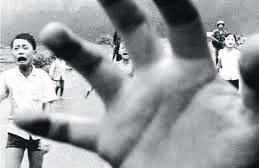 After listening to Mark Colvin deliver the most recent Andrew Olle memorial lecture, and reading this insightful post from Mr Denmore, I am not feeling remotely optimistic about the future of journalism in this country.

I can see the reputation of this previously noble profession morphing into something resembling that held by used car salesman and purveyors of imitation Persian carpets.

Mr Denmore describes the corporate media trying to convince us that a free press and unrestrained corporate power are one and the same.

They aren’t – never have been and never will, be, but the objectivists out there (and the media moguls who have sold out integrity at the altar of unbridled profit) are working feverishly to convince us that they are.

The biggest threat to a free press in this country is, quite simply, this same unrestrained corporate muscle.

The quickest and most effective way to curtail press freedom is to buy it. If you buy enough media, you can control it. If you own almost all of it, the politicians (and those who elect them) become your playthings.

Unrestrained control of publication becomes a problem when it is owned by a monopoly, especially when that monopoly crosses national boundaries, and is largely unanswerable to any form of national accountability.

That situation is a long way from anything than can be described as a "free" press. It is already upon us in this country.

Colvin’s view is pessimistic also, but for a different reason. He sees the demise of conventional news gathering as we have known it for decades in favour of news sources running the gamut of social media, blogging, and corporate pay-to-view sites such as Fox News.

With this, he sees the end of frank and fearless reporting, sacrificed at the altar of the 24 hour news cycle, and what will sell copy, or lift ratings. The journalistic skills of research, fact-checking, testing the accuracy of information from all sources and exercising care to avoid inadvertent error are no longer employed.

Besides, the cycle is so rapid, that there isn’t time for due diligence.

Colvin has some interesting ideas about crowd-sourcing and the use of social media, but his bottom line is negative.

Unfortunately (or maybe fortunately) we all know the political leanings of most journalists these days. None are giving a fair and frank airing to both sides of a topic apart from maybe Chris Uhlmann.

The market must be the decider of who sells the most papers (and who makes the most money), not a govt appointed body that says what you can and can't print and how you must describe certain events. For example we can't use the terms boat people, illegal immigrants and black people.

"It looks like it’s up to humble bloggers like you and me to keep the bastards honest".....you may as well pee in the ocean and try to measure the change in depth.

Cav
The free press and the free market are not the same thing. The end result of monopoly ownership of media (as we are heading towards in this country) is a lack of diversity of opinion. That's a short cut to a totalitarian society. Australia has one of the highest concentrations of media ownership in the world. It's time to break the conglomerates down to improve diversity - not censor them.

If there is only one paper in your area and you don't like it then don't buy it.

A lack of diversity of opinion is in the eye of the beholder.

I could give the same label to the ABC

Cav
That only makes sense if you regard news as a product. It's not - never has been. The product the newspapers have sold since time immemorial is classified advertising. Since that was colonised by the internet, there is no more product to sell.
Out of desperation to continue to turn a profit, newspapers in general have turned to a set of strategies, including buying (or stealing) private information, making up "news", pandering to fear and prejudice (Bolt makes a very good living out of this) and disguising news as entertainment.
That is not journalism.
Whether I "like" what is published is meaningless. I don't buy the newspaper for entertainment.

Ignorance is bliss.....save your money and don't be stressed by something you have SFA control over....don't buy the paper.

Ignorance is bliss.
You must be an extremely happy chappy...

Probably as a result of stupidity rather than ignorance ;-)

1735099....I'm not that happy, nor am I in a state of bliss,but I read this somewhere and you came to mind. "Ignorance can stifle learning, in that a person who falsely believes he or she is knowledgeable will not seek out clarification of his or her beliefs, but rather rely on his or her ignorant position. He or she may also reject valid but contrary information, neither realizing its importance nor understanding it."