More Light than Heat - some conclusions 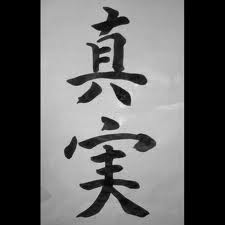 I've had it up to here with the crap emanating from both sides of politics about Climate Change and a Carbon Tax.

So I've turned my ICD* up to maximum in an attempt to separate fact from opinion.

1. Most developed countries are taking some action to control carbon emissions.

2. Many countries (especially in Europe) have already introduced mitigation measures in the shape of taxes or cap in trade schemes.

3. Developing countries (especially China) have not legislated these measures, but have given lip service to planning for them within the next few years.

4. Some large emitters such as the USA and Canada have left it to state or provincial authorities to take action, and some are.

Obviously I can only post what I read, but at least I've attempted some very basic research and not simply quoted opinion from advocates for one side or another.

If any myth has been busted, it's the one we hear over and over again that Australia is Robinson Crusoe on the issue. It ain't - and the worldwide debate is about the politics - not the science.

From here, I'll try to establish the likelihood of whether or not this action, or promised action will make any damn difference.

I'll use only scientific journals, and many of these require subscriptions, so this activity might take a little while. I have a week until my next trip west, so the library at USQ may take a beating.

No one wants to make the hard decisions anymore. No one has any conviction. What we do have is that countries want to be seen to be doing something.

This tax or system is to make alternatives seem a good deal. This is done trough a price/cost mechanism. If I can give an analogy, suppose we want to change from petrol to hydrogen to power our motor vehicles. What we have to do is make such a cost attractive by pricing petrol so high that people will switch to hydrogen.

So there must be pain.

Govts don't want to inflict that pain because it may cost them power.

Cav
My digging has indicated that many countries (including China and India) are into "gesture politics" if that's indeed what it is.
In any case, somewhere in the definition of "politics" is the notion that everything is symbolic or gestural.
If we weren't into symbol and gesture, we wouldn't have a national flag, or a royal family.
My next little bit of digging hopefully will elaborate on what the science says about what difference it will/may make.
You're right about populism - both major parties are equally afflicted.