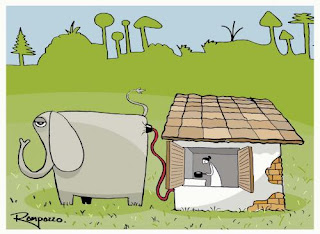 OK – so that’s what Europe is up to. Let’s have a look at the rest of the world.
Remember – all I’m doing is attempting to gather and summarize information as to what the rest of the world is doing in relation to action on global warming. At this stage I’m making no judgements as to whether action is necessary or useful – just looking at what’s really happening.
China
Reports surfaced in May 2010 that China will impose a carbon tax on industry from 2012 to curb carbon dioxide emissions. The Chinese language Economic Information Daily quoted official sources in the Ministry of Finance as saying the tax would start at 20 Yuan (£1.95) per tonne of carbon dioxide, and rise to 50 Yuan a tonne by 2020.

The C40 group of cities, many of which are in China, have initiated a range of actions designed to reduce emissions. Changsha is scaling back the number of high-polluting factories, building two subway lines and a light rail line and promoting electric buses. Shenzhen is making sure that new buildings use energy-efficient electrical equipment and developing its electric car industry. The southern city is home to electric car maker BYD Autos, which counts U.S. billionaire Warren Buffett among its investors.
In southern Kunming cities are promoting the use of solar power.

This country imposed a 3.5 percent carbon tax on fossil fuels in 1997. Part of the capital created by the tax goes to a program called "Payment for Environmental Services". This provides incentives to individuals and corporations to practice sustainable development and forest conservation. This plan protects 11% of Costa Rica's national territory. Read p6 of this report for more detail.

The program now pays out roughly $15 million a year.

Canada is not taking national action at this time, but its provinces are.
Quebec introduced a carbon tax starting October 1, 2007, with revenue collected used for energy-efficiency programs including public transit.
On February 19, 2008,  British Columbia announced its intention to implement a carbon tax of $10 per tonne of carbon dioxide equivalent (CO2e) emissions (2.41 cents per litre on gasoline) beginning July 1, 2008. This made BC the first North American jurisdiction to implement such a tax which will increase each year after until 2012, reaching a final price of $30 per tonne.
Alberta: In July 2007 a carbon tax forcing companies that emit more than 100,000 tonnes of greenhouse gas annually was imposed by the Alberta government. The companies could opt to either reduce their CO2 emissions per barrel by 12 percent, pay $15 per tonne into a technology fund, or buy an offset in Alberta to apply against their total emissions.

The US is similar to Canada in that it’s not taking consolidated national action, but states are imposing taxes.

In Colorado, Boulder city implemented a tax on electricity consumption (utility bills) with deductions for using electricity from renewable sources in November 2006. It’s designed to reduce carbon emissions to those outlined in the Kyoto Protocol. This tax, called the Climate Action Plan (CAP) tax is expected to raise $1.6 million dollars in 2010 and will expire on March 31, 2013.
In California the Bay Area Air Quality Management District passed a carbon tax on businesses of 4.4 cents per ton of CO2 in May 2008. In addition, a cap-in-trade system was put in place under global warming law, AB32. However, a few months ago, San Francisco Superior Court Judge Ernest Goldsmith suspended it in a plaint brought by California environmentalists alleging that it failed to properly consider alternatives which the judge rules violated state environmental law. The California Air Resources Board must conduct further review before implementing the plan which had been adopted in December 2010.
In Maryland, in May 2010 Montgomery County passed the nation's first county-level carbon tax which calls for payments of $5 per ton of CO2 emitted from any stationary source emitting more than a million tons of carbon dioxide during a calendar year.


The USA provides lip service to its Copenhagen commitment.

A nationwide carbon tax of 50 rupees per metric tonne ($1.07/t) of coal both produced and imported into India was introduced on July 1, 2010. The government is mandating the retirement of inefficient coal-fired power plants and supporting the research and development of IGCC and supercritical technologies. Under the Electricity Act 2003 and the National Tariff Policy 2006, the central and the state electricity regulatory commissions must purchase a certain percentage of grid-based power from renewable sources.

South Korea has substituted a carbon tax with the current transportation tax.
The revenues, calculated to amount to an annual $11 trillion won ($10.4 billion) will finance the “Low Carbon, Green Growth” initiative. The tax is imposed on emissions of greenhouse gases including carbon dioxide.

A New Zealand Emissions Cap in Trade system was passed into law in November 2009.

Brazil passed a climate change bill in late 2009 that is intended to reduce national greenhouse gas emission by 39 per cent by 2020.  This goal is estimated to save around 1.06 billion metric tons of carbon dioxide equivalent by 2020. No carbon tax is in place at this time, but there is speculation that it will be soon.

So, how do you summarise all of this. Let me try by making a few statements of fact.

Most European countries have a price on carbon.

The two largest emitters (USA and China) don’t nationally, although many provinces states, cities or municipalities in these countries, particularly where the largest population concentrations exist, do.

Many other countries have cap in trade systems, although it’s interesting to note that Californian environmentalists have issued a successful legal challenge to such a scheme on the grounds that it doesn’t reduce emissions.

India has a tax, but it’s chickenfeed at this stage.

Australia would not be “going it alone” if a carbon tax was introduced.

Next week, I’ll attempt to look at the projected outcome on global emissions of a tax in this country, placed in the context of global activity.

Wish me luck. This is about as much fun as having your wisdom teeth extracted.

I omitted South Africa and the Russian Federation, so read on -


South Africa
South Africa has no carbon tax, but they’re talking big on action, if you read their National Government’s website. They’re also hosting the next Climate Change Conference in Durban in December this year, and Jacob Zuma has already made some political statements in preparation for this.
Russian Federation
In May 2009 Russia dramatically changed its policy on climate change. It officially accepted that anthropogenic global warming poses severe risks and stated that immediate action to limit carbon emissions was a priority. Their official assesment is here.
To date, that hasn’t led to any carbon tax legislation, but given its readily available supplies of natural gas, it’s expected that they’ll be encouraging the replacement of coal-fired power stations in favour of gas generated electricity.
Posted by 1735099 at 16:23

No mention of coal fired power stations in China?

Settle down, Cav.
I'm not counting power stations. They're part of the problem. I'm simply trying to separate fact from opinion, and to establish whether or not the repetition of the mantra that we'll be going it alone if we opt for a carbon tax is fact.