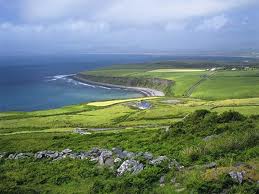 Years ago, my bride and I spent some time in Ireland.

One of the differences we noted between the way people connected here in Oz, and on the streets of Irish towns and villages was "craic" or talk on corners.

In Ireland, particularly the South, people gather on the corner of the street, and just yarn - often about nothing in particular. It does happen here, to a much more limited extent, and hardly ever in towns or cities. It's more a bush phenomenon.

Since the floods, that seems to have changed, in Toowoomba at least.

People are talking on corners, in newsagents, at the post office and in shopping centres. Generally, they're swapping yarns about what they were doing and what happened to them when the flash flood went through. Many long-held beliefs about this city were eliminated in a few minutes.

As someone said to me yesterday - "You don't expect to be at risk of drowning when you head off to do some shopping.

When we visit the town that J hails from, we often see two cars pulled over in the middle of the street, windows down, drivers yakking away.