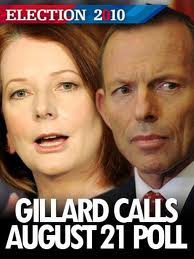 Apparently there's federal election coming up soon - towards the end of this month I'm told.
This means, of course, that I'll have to vote. In my electorate of Groom, the candidates are Ian MacFarlane from the Coalition, Rose Kirkwood, from Family First, Frida Forsberg, from the Greens, Chris Meibusch, from the Australian Labor Party and Rod Jeanneret, Independent Liberal National Party of Queensland.
The process of making a decision about which candidate to support ought to be simple. Step one is to determine what issues matter, step two to examine the policies of each candidate on these issues, and step three is to rank these people in order of preference.
Party politics should not come into it.
Unfortunately, modern campaigning and the history of the development of the party machine conspire to ensure that what we end up with is vastly removed from the Westminster ideal which is the basis of our system.
Also unfortunately, a generation born and bred to American media has been educated to see our system through the trans-Pacific prism.
I'll try to ignore these two influences in any decisions I make. Wish me luck.
The issues that matter to me in order of priority from most important to least important are -
Disability
Education
Youth
Health
Defence
Some themes are universal across these - they are social justice and economics.
To make this as even-handed as possible, I won't identify the candidates by party affiliation, but by policy.
Here goes - Let's look at Education.
Candidate A -
This candidates' party has announced that it plans significant cuts of $3.1 billion in education funding. These cuts include $968 million from the Trade Training Centres in Schools program, the cessation of the Teacher Quality National Partnership ($425 million) and the cessation of the Computers in Schools program ($700 million).
This candidates' party will maintain the existing school funding system, as it believes it is an equitable way- of funding private schools. Under the 10 years of this party's government, the funding gap between private and public schools grew.
This candidates' party has proposed to expand the current system of education rebates to include school fees, music and dance lessons. This will advantage non-government schools.
They will introduce local hiring and firing and performance pay to give schools more autonomy, including having principals decide which teachers get more money. They intend to provide more money for students with disabilities who attend private schools.
They have indicated that they plan to expand national testing, potentially to all year levels. They plan to reintroduce Australian Technical Colleges in direct competition to TAFE, despite ATCs' track record during the last period of government of this party.
Candidate B -
This candidates' party provided significant additional funding for schools through the Literacy and Numeracy, Low SES schools and Teacher Quality National Partnerships and the Building the Education Revolution (BER) infrastructure program. The $16.2 billion BER program was the largest injection of federal funds for schools infrastructure in history.
This candidates' party has announced a review of schools funding that will examine the current system of schools funding and develop a new system for implementation in 2013 (though they promised that no private schools would have their funding reduced).
This candidates' party currently provides rebates for a range of education expenses (e.g. textbooks, computers) and has proposed to expand its rebates to include school uniform costs.
Their recent initiatives for schools included Trade Training Centres in Schools, and the Computers in Schools Program. They also pushed for the implementation of a national
curriculum.
They are promising to introduce a new National Trade Cadetship delivered through Trades Training Centres which will provide credit towards an apprenticeship or training.
They have emphasised standardised testing and other simplistic measures of educational quality. They implemented the My School website with its red and green flagging of
results and ignored the concerns of teachers about the site. Eventually they put in place a review process that involves teacher unions.


In VET, they have significantly increased funding in comparison to levels under the precious government. 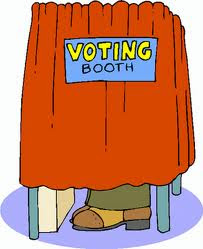 Candidate C -
The education policy of this candidates' party expresses strong support for high-quality, well-funded public schooling and has the most comprehensive policy statement on education of the three major party groups.
They want the current SES school funding system replaced by one that will provide a significant investment in public education.
In order to improve teaching, they propose a scholarship program to attract top students into teaching and a mentoring program for new teachers. They support better salaries and career structures for teachers.
They also propose a schools community fund, to which public schools can apply for funding for student well-being and support services.
They believe that VET should primarily be delivered through the public TAFE system and
propose the phasing out of private RTOs where TAFE can provide the relevant programs.
They propose to reduce casualisation in the TAFE workforce.
They recognise education unions as the appropriate industrial representatives in all education matters.
As this candidates' party is not currently capable of forming a government, their role will be restricted at best to advocacy/negotiation in the Senate.
Candidate D -
This candidate advocates the need to institute a voucher system to ensure there is no discrimination between students.
He believes that all students (of State and Private Schools) be given the same amount (in a voucher) to be redeemed at the school (or university) of choice with no restrictions. Schools would offer a wide range of courses designed to attract students – standards will be set by vested interests such as universities, industries, employers, etc.
He maintains that Primary Schools should be refocused on teaching the three “R's”, claiming that literacy and numeracy skills have fallen and that higher education cannot be pursued without those skills.
He wants Secondary Schools to offer students a greater choice of subjects with less emphasis on academic subjects and specific focus on subjects to do with the trades, commerce and the professions, enabling students to be well advanced on their chosen career path at an earlier age than currently. He argues that this will make them more employable, able to earn better wages at an earlier age or achieve even superior qualifications if they desire.
He believes that the voucher system allied with a reduced education bureaucracy, and greater participation by industry and commerce in the education process will make Australia more competitive in the world markets.
He advocates the use of school facilities so that they are open for twelve hours per day and advocates that home schooling should be readily (and cheaply) available through the use of CD’s DVD’s and the internet.


Candidate E -
Actions:This candidate will lobby to ensure all parents have genuine choice about the school that is best for their child and supports their family's values.
No parent of a child with a disability should be locked into a school for fear of losing vital funding and support;
This candidate supports measures to reduce class sizes and increase literacy levels;
This candidate supports greater school accountability to parents and reports written in "Plain English";This candidate wants increased funding for vocational education and training which is vital in training young people so they can get jobs in key industries and areas of skill shortage;This candidate will argue for increased funding for universities, particularly smaller and regional universities;This candidate's party voted against legislation allowing universities to offer degrees to only full-fee students.
My conclusions -

On this education issue, I'd reject candidate A because his party will withdraw funding from a range of projects that have already made a difference. In addition, his party seems to have a real problem with government schools, using the cliché that people have the right to choose private schooling. They sure do, but given that 60% of funding for private schools comes from the pockets of the Australian taxpayer, this element of choice simply isn't available to these same taxpayers who fund these schools. For many there are no choices possible as a consequence of geography, financial circumstances or the fact that their child won't be accepted by a private school because of special needs or disability.
Candidate D's policies have some interesting aspects, but the idea of a voucher system has more ideological than practical significance. For a voucher system to be introduced there would need to be a phase-in period of at least 10 years, if chaos was not to result.
This problem of how to phase in such a scheme has defeated even its most avid proponents, which is why major parties have given it a wide berth.
This narrows the field to candidates B and C. In many ways their policies are similar. I like candidate C's commitment to supporting public education. Any policy that moves towards inclusion as (opposed to exclusion) serves to build a stronger, more unified and tolerant society.
This approach also is closer to my values regarding social justice, and there is a correlation between a strong public education system and a strong economy, although there is often argument about which comes first.
I'll reserve my final judgement until I take a look at disability policy. Given what I've learned during the last 40 years of working with students with disabilities, it's necessary to look at how the two policies dovetail.
That's for my next pre-election post.

Now that I've had a look at Disability policy, and how it aligns with Education, my winner for this issue is candidate B.
Posted by 1735099 at 20:41

Wot's init for me?

This seems to be the golden rule of many.

A look at policies, or promises, is just that, a look. The real issue is will they implement them onc ein power.

Jenny George is my local member. If only some of the voters analysed the election as you have, we may see some local action - but i don't think there will be any danger of Jenny losing her seat.