BER in the Bush 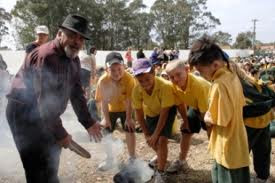 The report on the BER was released yesterday. Despite attempts to smear Orgill by the shock jock hysterocracy, it looks balanced.
There is something in the DNA of city based editors and shock jocks that has them resent any money spent on public schools, especially bush schools.
It's as if these families are not deserving because they had the temerity to send their kids to state schools. Of course, if you live in Teelba, Thallon or Begonia, for example, you have no option. There's no point in opening a private school in these locations - there's no profit to be made.
It does my heart good as I visit these schools to see the building under way or completed. Irrespective of who wins the federal election, these resources will provide a better quality of schooling for many thousands of bush kids over the next few decades in this part of the world (and everywhere else in the country, of course).
Almost all of the schools I'm familiar with haven't had a sod turned in years. It took a government with guts and foresight to initiate this - despite all the orchestrated criticism from big media and ignorant shock jocks.
They also conveniently forget that this was a successful stimulus measure. Bernie Fraser reminded us of the efficacy of these initiatives yesterday. 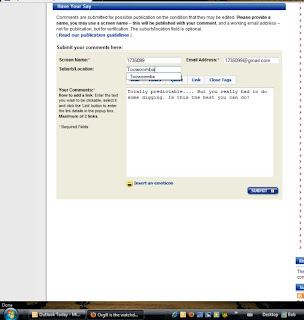 Of course, Bolt lacks the backbone to publish a comment pointing out  that his posting on the issue today is a clumsily concocted smear.
Posted by 1735099 at 10:24

The only issue is the cost at which they were built.

My father in law was a builder in a small country town. He actually built the state school when he moved there 40 years ago.

Under the BER in NSW, local builders like him were cut out of the bidding process. Instead of the Principal being given a wad of cash and being told to spend it as best they could, a bunch of idiot bureaucrats 600km away decided they knew better. So a city builder was appointed as head contractor, and he engaged subbies from over 100km out of town. Costs went up dramatically, and the Principal and P&C had no control over what went on.

Everyone has lost out - local builders, taxpayers, primary school kids, high school kids and their parents.

BOAB
I don't like waste either, but I dislike rank injustice more.
The biggest ever rort is the one that's been perpetrated against people schooling their kids in the bush for as long as long as I've been involved in education (since 1968).
It would take twenty BERs to even begin to redress the balance.
For decades, children in the bush (whose parents pay the same tax as city dwellers) have had to put up with sub-standard buildings (and services). This situation has become so commonplace that it's regarded as the norm.
I'm very aware of it because my contract work is to ensure physical and curriculum access for kids with physical impairments in bush schools. Many of their parents have to sell up and move to the coast, because local educational and health services simply can't support them.
In Queensland we have Facilities Services branch of Ed Queensland, whose role is specifically to ensure value for money, and that the wishes of every school community are recognised in building outcomes. If you read the report, you'll notice that there are many fewer complaints in Queensland, and this sub-agency can be given the credit. It's staffed by hard headed ex-builders on the whole, or people who used to work for what is now called Q Build (the old department of Public Works) and who became pissed off at the inefficiencies and bureaucracy in that organisation.
In my years as principal of various special schools, I was very impressed with the operation of Facilities Services, particularly on one occasion when I was seconded for six months to turn the concept of a purpose built special school into reality. These guys backed me when I was suggesting (for example) that toilets for kids with disabilities should be designed as teaching spaces, given that many of these kids were learning this all-important social skill (that of independent continence) at school. The architects didn't want a bar of it, and it took a bloke from Facilities to drag a couple of them along to a special school for a day before they saw the light.
The school was built with Whitlam money (although long after he was history) and became the template for every new special school built in Queensland from 1987 until about 1995, when they decided they weren't going to build any more dedicated special schools. Again, it took a Labor federal government to recognise that kids with disabilities had a right to access schooling, and to do something about it. This history is largely forgotten by many Australians. This is what I meant by the attitude that bush kids (and similarly kids with disabilities) are somehow undeserving.
Put simply, no matter how much money was "wasted" on this scheme, it has gone some way to redress the asymmetry between the bush and the city when it comes to access to schooling. It has also meant that many kids with disabilities can now be enrolled at their local school, as no toilet in a BER building can be installed unless it is accessible to students with disabilities. A whole generation of bush schools in Queensland were built on stilts, effectively barring anyone in a wheelchair from attending. Many smart principals cashed in on the BER project by ensuring that any library, gym or assembly hall built had toilets, and suddenly making their school accessible. I gave this advice to every school I worked in, and every principal took it up.
By the way, one of the things that has always intrigued me about the Liberal party is how apoplectic they get when they believe money is wasted, despite not giving a rat's arse when it comes to wasting lives in absurd military adventures.
Remember Vietnam?

I read your reply out of vague interest as to how you would address BoaB's concerns. In the back of my mind as I read your response was the question "I wonder if he can work Vietnam into a discussion about the cost of facilities in State Schools in the bush?"

Sure enough, right at the last sentence, there it was!

Unsurprisingly, you've had your snide little smear - you're apparently taking lessons from the likes of Bolt. He's a master at substituting smear for substance. Vietnam is a solid metaphor for much that happens in the body politic, but unfortunately it's been forgotten by many. The reaction from Conservatives (particularly ex-military) is a bit like the Fawlty Towers line - "Don't mention the war" because it highlights quite starkly the inadequacy of their belief that military intervention can destroy an ideology.
Now that you've got that off your chest, have a lash at dealing with the actual substance of the post. I wait with bated breath.

Hey things are hotting up here ....
I'd like to add something of substance to the debate but my brain can only take so much politics.

Some stimulus was required.

The amounts of these depends upon your political view.

Cav
Contribute away - you seem able to argue without resorting to abuse. Must be a generational thing....

I can appreciate where you are coming from. After Junior got whacked by a car, he spent months on crutches. Getting around his state school was a nightmare - there are stairs everywhere, and it's safe to say that they won't be accepting anyone with a disability in my lifetime. Everything - and I mean everything - would have to be rebuilt from scratch to meet even the minimum requirements.

You've reminded me to check the toilet block once the refurb is finished. From what I saw on my last visit, it isn't being rebuilt to cater for the disabled. But I'll check, just out of interest.

PS - Cav not abusing someone? Have they changed your meds, Cav?

BOAB
Your comment about building from scratch is at the nub of this issue. There is a design theory, (UD or Universal Design) which if ever adopted, probably holds the answer. Generally, the excuse offered to avoid building for access is that it is expensive. It is, but only because it's not accepted practice. Interestingly enough, there are major benefits for all users of a building (or any other kind of built environment) if principles of universal design are adopted. It probably would work for bikeways.
Read about Universal Design here - http://www.design.ncsu.edu/cud/about_ud/about_ud.htm

Not Somebody Else's Problem said...

I've worked on a couple of building jobs over the last few years where universal design (or at least elements of it) have been incorporated into everything. The architects and interior designers seem to be fully across it. Down here at least, councils are enforcing it in commercial and retail developments. It's just become an accepted fact of life in the commercial building industry - like site safety and not drinking on the job.