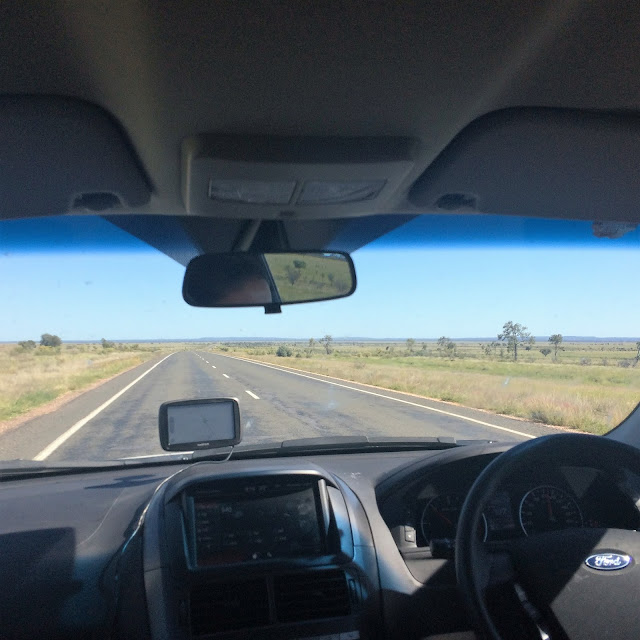 One week every school term I base myself in the same regional township and use it as a geographical base to work in five schools within a 250 km radius.

This is the most efficient way to do the job in this cluster of schools, and now that the new airport has opened up direct flights, I don't have to spend one day driving the 600 km to get there. Given that the return journey also takes a full day, the flights mean that I have two extra days in which to do a more thorough job.

It's a much more physically strenuous week than the more frequent one day to three day trips that I make to closer school clusters, but it's the week I enjoy most.

It doesn't feel like work. In fact I dread having to give it away, as I probably will next year. Doing this kind of daily work and travel at age 69 takes its toll.

I will miss the honesty and spontaneity of the bush kids, and the gratitude of their teachers. I will also miss the amazing landscapes, the colorful characters I meet in remote locations, and the rational approach to everyday life out this way.

The further west you go, the saner the world becomes.

I will miss the year one boy with non-functioning arms and legs who demanded that a tumbling mat be placed in front of his wheelchair so that he could devise his own version of the long jump.

I'll miss the ten year old with mild hemiplegia who plays second row for his school league team. He tucks the ball under his hemi arm, and his wobbly gait makes him hard to tackle.

I'll miss the eleven year old girl with a compromised neurological system who, until last week, was unable to communicate. Therapists helped set up a system that allows her to use eye gaze to communicate. The joy in her face (and her mother's) was worth the three years its taken to get the technology bought and paid for and working. It was a real privilege to be present when this breakthrough happened.

I'll miss the local bike shop owner in a very remote school who waived all costs to repair a high schooler's wheelchair. This was a better alternative than shipping it 1000kms back to the suppliers. The most difficult part was convincing the urban based agency supplying the chair that this could indeed be done locally.

It's been a blast, and I've been very fortunate to spend the last seven years doing it. I'll have to find something else. Any ideas gentle reader?