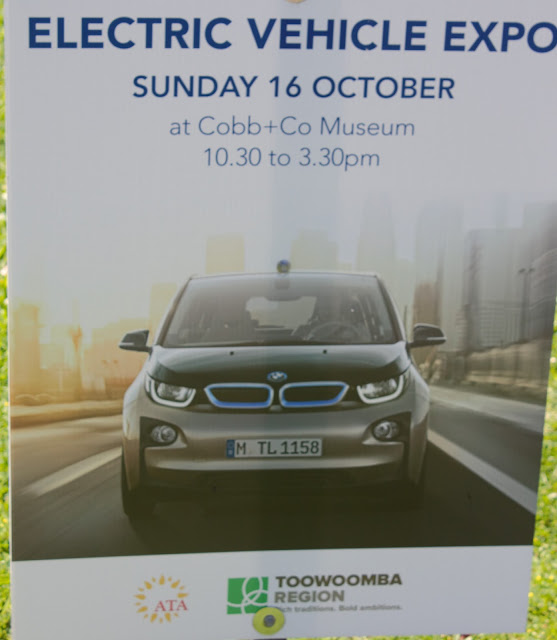 There was an electric vehicle expo held locally a few days ago.

I wandered along for a look driving a decidedly old tech non-electric Suzuki Alto, probably in itself the most likely antidote to uptake of electric vehicles in urban centres any time soon.

The Suzi runs on the smell of an oily rag, and is small enough to be very useful in town.

The technology on show was impressive.

From the most basic (Nissan Leaf) to the most exotic (Tesla) there was a decent selection.

The most remarkable thing about the expo was the unremarkedness (new word) of the vehicles. They pretty much looked like anything else on the road, and the controls and fit out were run of the mill.

The only exception to this visual ordinariness was the Tesla. It does stand out. I guess when you pay $125000 for a set of wheels, you'd expect it to stand out.

As I was leaving, an elderly woman (older than me, so she was indeed elderly) approached me and asked - "Excuse me. Where are the trains?"

This confused me somewhat until the penny dropped. She had misunderstood the expo to be a demonstration of miniature electric trains - not full size electric cars.

No wonder she was confused. the two small children who were with her were OK with the cars, even though Grandma had promised them a slightly different experience.