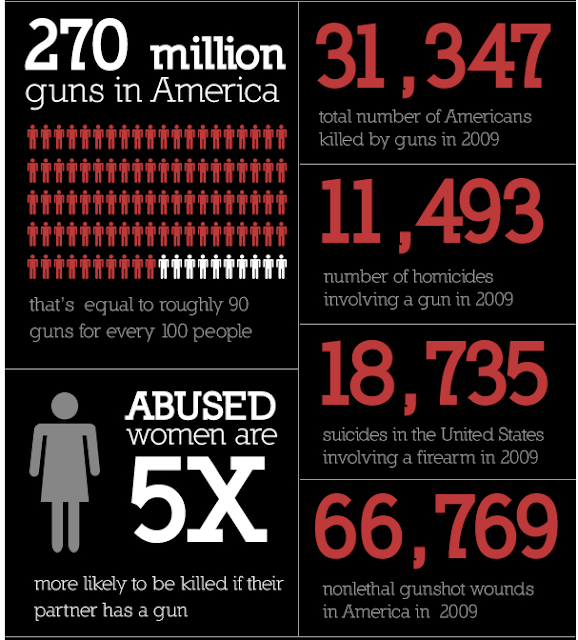 This piece by Michael Pascoe nails the issues in relation to gun violence in the USA.

In his very fine speech this morning full of sorrow and frustration, President Obama made a mistake: Australia is not like the United States. We decided not to be. We decided to grow up instead and become a more reasonable, rational society that explicitly values human life and prefers to think the best of people, rather than the worst.

The US is too immature a society to be allowed to play with guns. It has never shed its Wild West mythology. Americans still use their courts to kill people, which sends a message in its own way. Read The New Yorker's Account of the Rodricus Crawford case and see a state that thinks taking a life is a no big deal. It's a country that values property more than life.

That was another mistake Obama made: talking of responsible gun owners having firearms to "protect their families".  The statistics have long been in – having firearms is more likely to endanger families than to protect them. Obama is not immune to the paranoia. And so, when domestic terror struck at Port Arthur and John Howard showed political leadership, we overcame our ratbags, our Leyonhjelms, and agreed to reasonable controls on firearms. They're not particularly tough, except in restricting access to weapons specifically designed for killing human beings. Only an NRA member could think that unreasonable.

Pascoe, at the end of his article, notes that he has a gun licence and enjoys clay shooting. I guess this is to counter the accusations of hoplophobia directed at anyone who dares to point out the paranoia driving the debate in the USA.

The same accusation is directed at me, when I blog on the issue. The fact that I carried an SLR on operational service in SVN counts for nothing in the asylum these lunatics inhabit. I am not afraid of guns. I can't say the same of paranoid gun owners.

They always do that, which is the best example you'd ever see of the pot calling the kettle black.