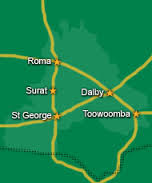 I listened to an interview on ABC Southern Queensland this morning with the head honcho from one of the regional councils on the Downs.

The issue was the granting of public accommodation licences to mining companies whose accommodation facilities were emptying rapidly as they transition from exploration to extraction. They reckon they can make a quid by getting into the Grey Nomad market.

This mayor, when asked about unfair competition with existing motels, said that was not part of the submission process.

I wonder how the moteliers in these towns feel about this.

The fact is, many are on the verge of bankruptcy as occupancy rates drop to almost zero, after they have invested heavily in extensions, refurbishments, and in some cases, new facilities in anticipation of the boom that never eventuated.

The local government authorities seem to be in league with the mining companies in a quest to destroy the communities that pay their salaries.

Any facts to be had Bob, how about the name of the Shire or the Mayor? Or is this another case of "once upon a time in comrade Bob's head...."

The Shire is Western Downs. That's why I posted a map. I thought my readers were smart enough to get that. Obviously I was wrong. You'll probably find the interview on the ABC website if you take a look.
On second thoughts, perhaps you lack the skills for that.........

Clearly you didn't learn much about maps or even reading in the army you obtuse little man, you map covers 4 shires. Feel free to post the link for the interview that may or may not have ever occurred.

When you adopt a civil tone I might feel inclined to cooperate. Until then, feel free to do your own research.