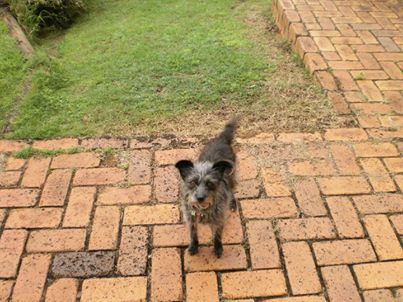 She had seen 14 summers, a pretty good innings for a dog, but of course, the longer she lived, the more the attachment grew, so she will be missed.

She was a birthday present for our youngest daughter, then aged eight, who chose her from a litter of pups in a pet shop because she was the ugliest.

My daughter’s eight-year old reasoning went something like this – “She’s so ugly – no one will buy her, so I will rescue her from being abandoned”.

My daughter called her the first name that popped into her head – Janet.

Raised eyebrows at the name choice cut no ice. Her dog – her naming rights.

Janet was remarkably ugly and eternally confused, but she loved everyone, with the possible exception of our recently acquired adolescent Heeler who tried, always unsuccessfully, to play with her.

The Heeler was three times her size, and a fraction of her age, so it didn’t work.

Janet became part of the daily routines, running into the backyard barking to chase away any threats when my bride hung out the washing, and racing into the shed to clear out all the bad genies before I commenced my daily wood-splitting in winter.

She would disappear into her doghouse in the laundry as soon as the sun went down, and her reappearance next morning would never happen until the sun was high enough to warm her up.

On bleak days she hibernated. She did feel the cold.

She never really understood the weather. She’d stand outside in the rain, getting wet and looking pathetic, despite a plethora of warm sheltered places available outside. Usually, someone would take pity on her and let her into her refuge in the laundry.

She loved walks, but never understood the leash, and when younger and sillier, would almost choke herself. Many attempts to teach her her to heel were unsuccessful, whereas the Heeler learned in a few trials.

She was a gift, and a as it turned out, my daughter made a wise choice 14 years ago.

What can I say?

Why don't you do your whingeing at your own blog instead of making a nuisance of yourself as a troll elsewhere?

There are a few gentlemen left - compare Cav's response with this one....