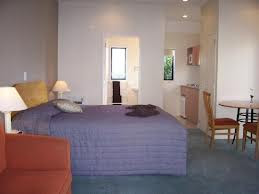 I get to stay in heaps of motels. Last year I counted 80 nights, mostly in provincial towns in the Southwest (Queensland, that is - the only Southwest that counts).

Because I've been doing this work since "retirement" in 2005, I've got to know these places, and the people who own, run, and work in them, pretty well. I can tell you who does the best (and worst) breakfasts, who has the best beds, and which air-cons are the noisiest. I also have accumulated a list of pet peeves about motels.

The most infuriating one is the mismatch between the electric kettles and the tap in the bathroom. It's almost universal. Mostly, the kettle won't fit under the tap, and trying to get enough water to make a cuppa, whilst holding the kettle at an improbable angle, is to say, the least, a trial.

Then there's the air conditioners. They’re pretty much essential in the summer with temperatures over 40 for weeks on end, but they’re noisy damn things. I remember one in a motel in Charleville which just about left off the wall when it booted up. Where possible, I always turn them off after nightfall, as most of the time once the room has cooled after the sun’s gone down, it’s comfortable enough for sleep without the air. Reverse cycle air is useful in the winter. Places that get to forty in the summer will drop to below freezing in winter. I’ve seen ice on the windscreen in Cunnamulla.

These days, most of the people staying in motels are involved in extractive industries. This invariably means diesels that start up at 5am, and beery evenings, usually out front of the rooms. I don’t mind any of that, but it’s more than a little irritating having to book rooms three months ahead because of congestion caused by the miners. This is made worse in Roma (for example) because a number of motels and caravan parks were flooded in 2010, and still haven’t been fixed, so the number of beds available has dropped. On a couple of times I haven’t been able to find a bed in Roma, and have been forced to stay in Muckadilla (40kms west) or Wallumbilla (40kms east).

Some weird things happen in bush motels. A few years ago, I was staying in a fairly seedy looking establishment in a town that will remain nameless. I forgot to order breakfast when I booked in, so filled out the order in my room and dropped it off at reception. I got a bit distracted on the way back, and opened the wrong door – the one next to my room. There was a bloke in the bed without a stitch on, and a heavily made up woman shoving a wad of notes into her handbag at the desk. She was wearing a miniskirt and (very) high heels, which looked a bit incongruous. I muttered an apology and retreated quickly.

There were a lot of comings and goings in that room late into the evening, and most of the visitors drove large and noisy trucks which they parked for the hour or so around the side of the motel.