The Silence of the Guilty 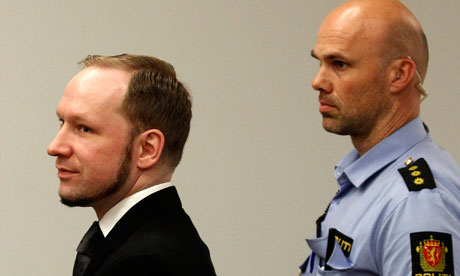 So Anders Behring Breivik has been convicted.

You wouldn’t know it if your reading was confined to the extreme Right of the blogosphere.

Bolt, Akerman, Catallaxy, and Blair have completely ignored the event. I wonder why?

Contrast this eerie silence with Bolt’s rush to print when the news broke, as he initially canvassed the slaughter to be connected with Islamic terrorists.

Could it have anything to do with the ideological proximity of these fearless opponents of multiculturism, and Breivik’s manifesto?

To quote the cited article –

It wasn't just harder rightwingers such as Melanie Phillips, Mark Steyn and Pamela Geller who tried to deny the connection, but many more moderate writers and politicians.