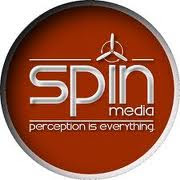 If I wrote that the Queensland state election was a landslide to the LNP, I doubt anyone would disagree.

Being the recalcitrant that I am, however, I'm going to challenge both that assumption, and that language.

There's absolutely no doubt that the LNP have won the vote count by a country mile, and that they will have untrammelled political power. You would also assume that most Queenslanders would be well and truly behind a party that had secured such a thumping majority.

Let's ask that question. Does the LNP actually have majority support when it comes to primary votes? You'd assume I'd have to be deluded to believe anything else after the MSM coverage of the last 24 hours.

Interesting. The "landslide" to the LNP was actually 8.1%.

So more people voted against the LNP than for them.

A landslide, maybe a broadside if all the labor guys are in one car and it runs off the road!

Maybe it was a gender thing, you know Queenslanders hate women - that's why Bligh lost.

You've been listening to Bill Ludwig. Only hole in that argument is that like the rest of the country, there are more females than males in Queensland..