The country I know so well is showing me a bountiful and novel aspect.
New life is everywhere. There is a quality of renewal and transformation I have never seen before. Three exceptional seasons in a row have created something amazing.
Grass is high, green is the predominant hue, and the grey/brown overcoat that has always been a feature of this country has been shed.
The cattle are fat, there are birds everywhere, and the roos and wallabies are in the scrub, not on the roads.
Less welcome are the mosquitoes and sandflies. I’ve seen mossies that are so big they resemble a new breed of stick insect, and I’ve learned to lather myself with repellent before going outdoors. I have a rare blood group that seems to attract midges, and I’m also allergic to their bites. Being hospitalised with blood poisoning from sandfly bites after a canoeing expedition in North Queensland in the eighties remains as a strong and instructive memory. 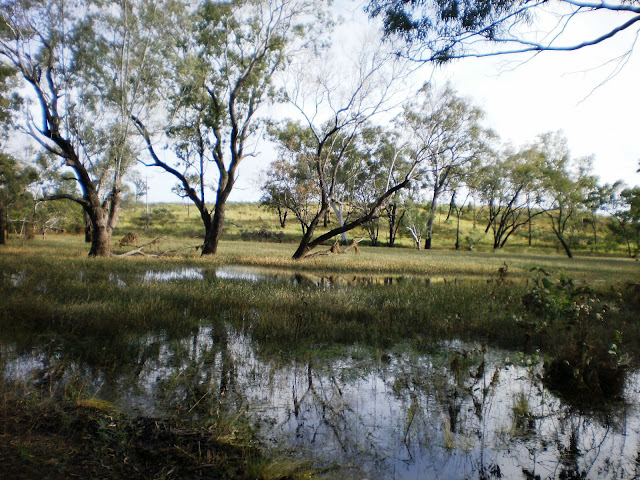 Whilst Roma, St George and Mitchell have been inundated to various degrees, the local graziers are smiling. The miners aren’t – their operations have been severely disrupted by unprecedented surface flows. It’s to be hoped that all the salty water has remained contained – but I doubt it.
Thargomindah is accessible only from South Australia and Dirranbandi is isolated. Folk in these places are used to this, and plan for it.
I’ve managed to get most of my work done by modifying my itinerary and being a bit smart with emailing and data conferencing. Many schools are still recovering from the disruptions caused by flooding and evacuations. 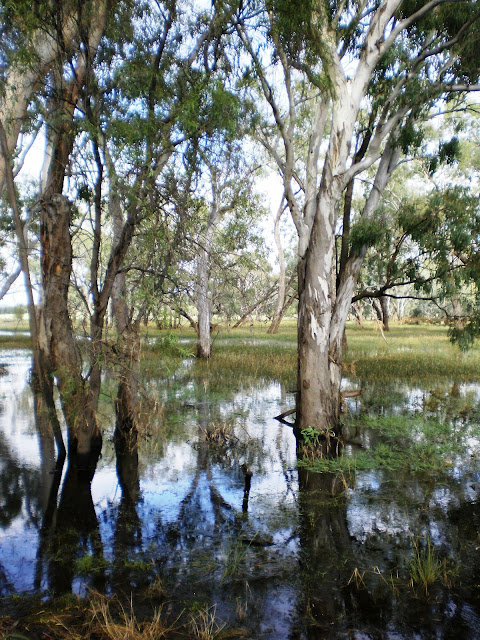 Generally, the kids take it in their stride.
There are kids starting Prep who by now remember nothing else but floods every summer.
This makes a change, I guess, from many who hadn’t seen real rain four years ago. The seasons cycle here every five to seven years – rather than annually.
Posted by 1735099 at 14:38