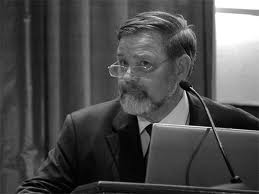 This article was published in The Age today.

The author is John Cook, who runs the Sceptical Science website

I'm breaking a self-imposed rule by republishing this, as I've blogged before about journalists writing opinion pieces about science, but I'll provide the citations that Cook refers to, even if he didn't.

He calls it Half the truth on emissions.

Cherry-picking the evidence to suit a pseudo-scientific argument misses the alarming reality.
A YIDDISH proverb states ''a half truth is a whole lie''. By withholding vital information, it's possible to lead you towards the opposite conclusion to the one you would get from considering the full picture. In Bob Carter's opinion piece on this page yesterday, this technique of cherry-picking half-truths is on full display, with frequent examples of statements that distort climate science.
The partial truths are further bolstered by scientific statements that have almost no basis in fact. It is not surprising that people present such fallacies, since the blogosphere is full of climate pseudo-science, but it is surprising that newspapers are still reporting such statements. Opinion is one thing, but scientific fact is another. Every major science body in the world has effectively refuted the assertions made by Carter.
So what is the full picture? To understand what's happening to the global climate, we need to look at temperature change over the entire planet. Two scientific teams - NASA Goddard Institute for Space Studies (1) and the European Centre for Medium Range Weather Forecast (2)  - have constructed temperature records spanning the whole globe. Both find consistent results, using independent methods, with the two hottest years on record being 2010 and 2005. Both find the Arctic is warming faster than the rest of the planet, with melting sea ice acting as a positive feedback that amplifies the warming.

More importantly, temperature trends are not established by drawing lines between individual warm and cool years. It's the long-term trend that counts and the most recent decade was the warmest on record. Long-term warming trends are agreed upon by all international meteorological agencies.
But there's a bigger picture still. The temperature record tells us what's happening to surface temperature. But signs of warming are being observed all over the climate system. Over the past decade, ice loss from the huge ice sheets in Greenland and Antarctica has been steadily accelerating. Currently, Greenland is losing 300 billion tonnes of ice a year. Over the same period, Arctic sea ice has been thinning and melting, glaciers have been shrinking at an accelerating rate (3) and seasons are shifting due to warming temperatures. All these facts, including their uncertainties, are not considered in isolation by scientists; it's the overall picture that matters.
What's driving this warming? There is no mystery or guesswork about the cause of recent global warming - it can be directly measured. Satellites observe less radiation escaping to space at those exact wavelengths that carbon dioxide absorbs radiation. Less heat escaping to space means more heat returning to Earth and this is confirmed by surface measurements. An increased greenhouse effect should also cause a cooling of the upper atmosphere, and this is confirmed by satellites and weather balloons. From these observations, scientists concluded ''this experimental data should effectively end the argument by sceptics that no experimental evidence exists for the connection between greenhouse gas increases in the atmosphere and global warming''.
Enter Bob Carter and his deliberate brand of climate cherry-picking and false, but plausible, assertions. He has long hung his hat on the proposition the climate has been cooling since 1998. But with 2005 and 2010 being the hottest years on record, he resorts to cherry-picking which dataset to use. Rather than use temperature records that cover the entire globe, he opts for datasets that do not include the Arctic region, where warming is the strongest. These temperature records underestimate recent warming and are the darling of those who wish to deny global warming is happening.
The half-truths become more tenuous as Carter's piece progresses. He argues that carbon dioxide is beneficial as it acts as a valuable plant fertiliser. Studies show mixed results for carbon dioxide fertilisation for different species and different climate regimes. But this line of argument fails to recognise that plants also need water and the right temperature range to flourish. Over the past 40 years as temperatures have risen, drought severity has also increased. This is exerting significant pressure on agriculture as water supplies become strained.
Labelling Carter's final ''scientific fact'' as a half-truth is giving it too much credence. According to Carter, it's a fact that "extra carbon dioxide helps to shrink the Sahara Desert, green the planet and feed the world. Ergo, carbon dioxide is neither a pollutant nor dangerous, but an environmental benefit."
These are ludicrous statements that fly in the face of 20 years of scientific research. Rapidly increasing carbon dioxide will most likely lead to a rapidly changing climate, and decades of research has not painted such a rosy picture of the environmental and socio-economic impacts. Dismissing all of that science on the basis that carbon dioxide is plant food is like dismissing that effluent can ever be a pollutant since blood and bone gets put on garden beds.
It is not really possible to assess Carter's other assertions on the economy since, unlike climate, the economy is not constrained by fundamental physical laws of the universe. Nevertheless, it is interesting that a self-professed sceptic is able to present, as fact, that reducing carbon emissions will result in the closing down of the Australian economy. This is despite the fact that numerous economic analyses find the benefits of climate action outweigh the costs several times over.
It is also interesting that self-professed sceptics, who believe that there is simply no way of determining to what degree carbon dioxide concentrations will affect climate, can precisely estimate the effect of Australia's emissions on global-mean temperature. Everyone understands that global efforts are required to reduce carbon pollution. Australia, as one of the highest carbon emitters per capita, is in an ideal position to positively influence global negotiations. Those who argue that Australia is an insignificant player underestimate our role on the global stage and our potential to be a leader in reducing carbon pollution.
Bob Carter exhorts us to "pay attention to the facts and keep an open mind". Ironically, he has closed his mind to any evidence that conflicts with his preconceived views and suspends critical thought when presenting his own doomsday scenarios. Carter's article shows how cherry-picked information can mislead and distort the science - embodying the proverb, "a half-truth is a whole lie".

Cherry-picking the evidence to suit a pseudo-scientific argument misses the alarming reality.

Australia’s bit is 1.28%. Maybe we can get it down if we go nuclear, but the lefties will never agree to that.

Will a carbon tax decrease the world’s temperature with any degree of certainty and significance?

How will our working on such a piddling percentage draw the big emitters to follow suit and introduce a carbon tax in their countries whose annual increase is more than our total contribution?

This is the alarming reality, is it not?

"Cherry picking...reality".
Exactly - this is how Carter operates.
If you read my post of 12th June - "More Light than Heat - some conclusions" you'll note that there is world-wide action. That's not an opinion - that's fact. So whether we emit 1%, 10%, or 100%, is completely irrelevant.
We're not leading the world - that's a myth perpetrated by multi-national vested interest.
"Will carbon tax decrease the world's temperature with .....significance?" It will do a damn sight more than doing nothing. Read my post of 18th June - "More Light Than Heat - Does it Work?". The science says it will, and the longer we wait, the more it will cost in the long run.
I'm prepared to spend a few dollars on the precautionary principle. I have children.
After what I've seen in the last sixty years I've learned that most corporations have about the same grasp of basic ethics as your average carpet snake.
If they're bitching, that's a good sign as far as I'm concerned.
Remember when Dow Chemical swore black and blue that Agent Orange was harmless?

Cav
This blogger does it well when it comes to Carter - http://theclotfactor.blogspot.com/2011/07/so-much-for-weather-underground.html

You totally missed my point 1735099, John Cook engages in exactly the same behaviour that he accuses Carter of, that is, cherry picking!!!!!

Cav
Which particular cherries did he pick?
He's refuted Carter's opinion by providing a comprehensive data set based on a range of worldwide measurements. He's also provided records of unprecedented ice melts in the Arctic.
Check the citations.

He only picks evidence that supports his theory.

He raised the issue of Australia being one of the top per capita emitters ignoring the 1.38% I posted.

He talks about the Arctic, but not the Antarctic.

Shall I go on?

"He raised the issue of Australia being one of the top per capita emitters ignoring the 1.38% I posted."

You’re both correct – we are one of the top per capita emitters. To most reasonable people, this indicates that we need to take action given than countries that emit less per capita are already doing so.

"He talks about the Arctic, but not the Antarctic".

No, he talks about ice loss in the Antarctic as well -

"Over the past decade, ice loss from the huge ice sheets in Greenland and Antarctica has been steadily accelerating".

You're right he does mention Antarctic...

"Over the past decade, ice loss from the huge ice sheets in Greenland and Antarctica has been steadily accelerating."

But s he right?

"Most of Antarctica has yet to see dramatic warming. However, the Antarctic Peninsula, which juts out into warmer waters north of Antarctica, has warmed 2.5 degrees Celsius (4.5 degrees Fahrenheit) since 1950. A large area of the West Antarctic Ice Sheet is also losing mass, probably because of warmer water deep in the ocean near the Antarctic coast. In East Antarctica, no clear trend has emerged, although some stations appear to be cooling slightly. Overall, scientists believe that Antarctica is starting to lose ice, but so far the process has not become as quick or as widespread as in Greenland."

I don't take too much notice of Cook in terms of his opinions, but he does use some reliable data sources such as the following from NASA - http://gcmd.nasa.gov/KeywordSearch/Keywords.do?Portal=GCMD&KeywordPath=Parameters|CLIMATE+INDICATORS&MetadataType=0&homepg
It's a waste of time reading what journalists write on the topic, as invariably they have an axe to grind. That was why I put the disclaimer at the beginning of my post - "I'm breaking a self-imposed rule by republishing this.....". I base my views on the published scientific evidence, not on the likes of Cook and Carter.