Andrew Blot is always good for a laugh.

A new blog has emerged which sends him up thoroughly, simply by aping his posts.

You'll need to click on the screen shots to read them.
Basically he distills Blot's rantings down to their basics. Given the shallowness of his material, it's not difficult, and it lampoons him very effectively.

After being allowed through the Blot moderators for a while, I'm in the doghouse again. This is the post that did the damage - 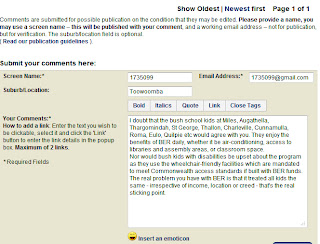 It doesn't pay to point out the facts in any situation. It always gets you in the naughty corner.
Isn't this the character who waxes lyrical about freedom of speech?

Update -  Most post turned up - a day after it was submitted. A few others posted at the same time didn't. Frankly, Blot's moderators operate with no consistency worth noting.

I think Bolt does have his moments.

Where in Australia can we get a dissenting view without the name calling and ridicule?

Not in politics, and certainly not in 'journalism.'

There is no debate in ridicule.