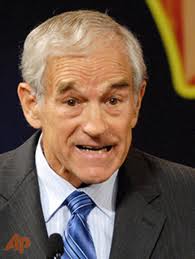 Remember the Global financial Crisis?
I do. At a conservative estimate it cost me over $80000 of my hard-earned.
No doubt, there are heaps of other Self-Funded “Retirees” in this country in the same boat. I put the word retirees in inverted commas, as I’m not in fact retired, but still work for a living.
I work not because I have to, but because I enjoy what I do, but there are plenty of people out there with packages less sustainable than mine who have had no choice but to return to work as a result of the GFC.
That are, no doubt, more than a little unhappy about this.
It is, however, no longer news. It’s no surprise, then, that these remarks published last month scarcely raised an eyebrow in our mainstream media –
"Blame for this mess lies everywhere – from federal regulators who cast a blind eye, Wall Street bankers who let greed run wild, and members of Congress who failed to provide oversight," Mr Coburn, the subcommittee's top Republican, said.

"It shows without a doubt the lack of ethics in some of our financial institutions who embraced known conflicts of interest to accomplish wealth for themselves, not caring about the outcome for their customers."

This from a top Republican.

So what happened to the Rightist meme of blaming previous administrations for making it too easy for the less well-off to take out housing loans in the USA? It’s been conveniently dropped, of course, because the heat is off, and was never sustainable. It provided a distraction for a while.

It was a classic example of blaming the victim used to defend the ideology of the worst kind of fundamentalist thought – far more dangerous than any fundamentalism driven by creed or ideology.  I’m talking about market fundamentalism, espoused by Libertarians such as Ron Paul and his ilk. God help us if he ever gets a crack at the White House.

In essence, the good senator (Tom Coburn) is simply summarising the bipartisan Levin-Coburn report which lays the blame squarely at the feet of the Masters of the Universe in Wall Street.

From the report in Business Spectator of 14th April 2011 –

Case studies from the go-go years of the real estate bubble formed the bulk of the report, which said a runaway mortgage securitisation machine churned out abusive loans, toxic securities, and big fees for lenders and Wall Street.

It cited internal emails by Wall Street executives that described mortgage-backed securities underlying many collateralised debt obligations, or CDOs, as "crap" and "pigs."

These two-bob mug lairs have stolen large chunks of my hard-earned, because they lack anything that faintly resembles ethics or morality of any kind, and harbour a serious misunderstanding of the word “theft”.

And to think that forty years ago, I was conscripted to fight in a civil war in Asia because in the long run it was supposed to be in my best interests to preserve the supposed advantages of free market capitalism.

Pull the other one – it has bells on.

The only hopeful aspect of this situation is that the senate report is being referred to the Justice Department. Read it - sobering stuff...

On past performances, I don’t hold out much hope that justice will be done. I wonder how difficult it would be to track down these individuals? A lot can be achieved through a bit of basic Googling – and a class action is not beyond the bounds of possibility.