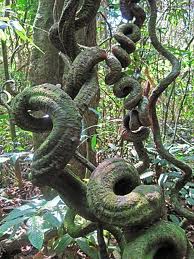 During the last few days, I've had occasion to note the very direct and immediate connection between the olfactory sense and human memory.
Plenty of research has shown that odour is the most powerful triggering sense when it comes to human memory or recall. The reason for this is physiological. There is a direct link between the olfactory cortex, in which higher-level processing of olfactory information takes place, the amygdala and the hippocampus.
The origins of these phenomena also lie, no doubt, in the DNA that kept our ancestors alive when they were hunting woolly mammoths and sabre-toothed tigers. Years ago, I used odours as a calming influence on children with severe autism when a teacher. It didn't work with all kids, but with some it made a real difference.
In the 1974 floods, the date of school resumption was put back a week. At the time I was a young teacher appointed to a special school at Xavier hospital on the southern side of the river.
I was left with a week to fill in, so along with my brother (who was 15 at the time) volunteered with a local church group to help clean up some properties in . The smell of the area was unmistakable and unforgettable, and triggered a whole bunch of memories when I was in the flood-affected parts of and Yeronga last week helping my kids shift their belongings into storage.
Many of the details had been forgotten - like for example, that my brother was involved, and that I ended up snagging my leg in something sharp and getting a tetanus shot for my troubles.
Then yesterday, driving back from Roma, I was stopped in traffic very close to the operating base of the EMQ helicopter in Toowoomba. The chopper was preparing to take off, and the wind was in exactly the right quarter for the unmistakable whiff of avtur combined with the whump-whump of the rotors to instantly transport me back to Phuoc Tuy in 1970.
Many years ago when we lived in Townsville, I had taken my bride and the two kids we had at the time to Paluma, a mountain village to the North of Townsville. We did a bit of bushwalking, and at one stage trudged through a jungle swamp where there was a unique smell of rotting vegetation.
This instantly brought back some disturbing memories of the aftermath of an encounter with a bunker system in April 1970 when we took casualties. At the time, I found myself a bit overwhelmed and it took a while before I could try to explain what had made me stop and sit down. It's a very difficult thing to rationalise, especially when the flashback is triggered by something as apparently innocuous as an odour.

I was doing some voluntary counselling with Vietnam Vets at the time, and quite frequently, they'd describe odours or smells as triggers for flashbacks.
Age seems to make no difference - it must be the only sense that doesn't fade with time.
Posted by 1735099 at 13:24