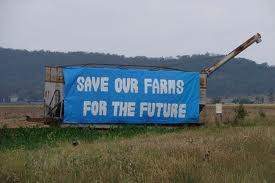 We've heard plenty recently about the revolt of the irrigators in the Murray-Darling basin against the Authority's plan to limit access to water.
The media, particularly the Oz, have made a meal of it, and every conservative politician within yodelling distance has fronted up in an attempt to wedge the government on the issue.
A little closer to home for me, there is an issue creating just as much angst on the part of primary producers on the Downs, but it's to a large extent flying below the radar, as far as big media is concerned. We're talking, incidentally about some of the most productive (and well-managed) land in the country.
I'm referring, of course, to the mining projects centred on the Surat basin.
In the last couple of days, there's been an announcement that the largest open cut coalmine in the world will be built at Wandoan. At the moment, this is a sleepy little rural township, with the regulation school, a couple of pubs, and some newly constructed motels. Apparently the nearest mining infrastructure can't be built any closer to the township than 2 kilometres, but if this thing is as big as promised, that really won't mean a thing. 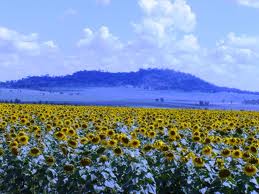 Just up the road is the Guluguba State School, which is apparently built squarely on the seam. I wonder what will become of it.
The evidence of this race to exploit the basin is everywhere - even before a sod is turned. As you drive up the Warrego, you observe the strange sight of speed limit signs lying at 30 degrees to the horizontal for kilometre after kilometre. The reason for this is the damage caused by the trucking of over size plant and equipment out to development sites with no regard to roadside infrastructure. The contractors who move this stuff (at great cost to the integrity of the road and hours of time of anyone unfortunate enough to come across them) don't give a stuff. The bizarre element of this is that the escorting police deliberately run oncoming traffic off the road, at great risk to tyres and vehicle. I've experienced this frequently in the last few years.
This totally arrogant attitude to the rights of the locals is reflected in the legislation that allows unfettered access to private land for exploration and extraction. I remember the wailing and knashing of teeth about the largely symbolic outcome of the Mabo decision - the mining legislation makes Mabo look like the Teddy Bear's picnic.
But it's OK of course, because it's done in the name of making a quick quid. 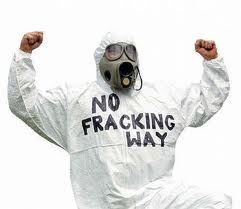 These same extractive companies also have unfettered access to the precious underground aquifer. Recent discoveries of cancer-producing elements in some of the bores created a brief hue and cry, but it doesn't take long for the miners and the government to get their stories to line up, and the media forget about it.
Some of the techniques used are known to be dangerous, but it doesn't seem to make any difference. "Abundance of caution"  is an unknown concept.
The farmers are beginning to get upset. Out here, they're a tolerant easy-going lot - but they're not about to let their lifestyles and the future of their kids get trashed by an unholy alliance of big government and big miners.
Watch this space.
Posted by 1735099 at 09:19