Plains, Planes and a Pub 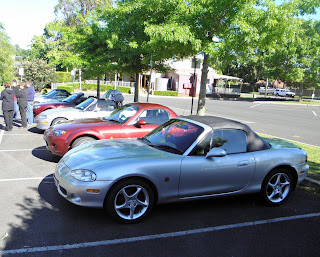 On Sunday 17th October, intrepid members of the Darling Downs Chapter set out to explore country backroads, aviation history, country pub hospitality and exercise their brain cells on a run to Brooksead via Oakey and Pittsworth.
I say "intrepid" because winter had returned with a vengeance and some members wimped it and travelled with tops up. Those who didn't are probably by now nursing various levels of hypothermia.
The convoy (mostly silver NBs with a sprinkling of NCs) left Toowoomba at three minute intervals, armed with a carefully crafted set of questions to be answered, in the first instance, on the way to the Museum of Australian Army Flying at Oakey and then on to Brookstead via Pittsworth.

These same questions were the cause of many domestics and plenty of colourful language for the rest of the day. We discovered, for instance, that odometers in MX5s record distance travelled irrespective of direction (forward or reverse) and this served to confuse and confound, given the amount of backing-up required to catch up on missed signs, and the fact that accurate odometers readings were vital to avoid getting lost.
Remember, we weren't in convoy - it's amazing how thoroughly you can get lost in three minutes. 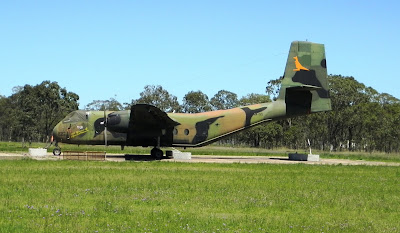 The Aviation museum provided a dose of nostalgia for the ex-Nashos in our group. The aircraft have aged better than these same ex-Nashos. It's worth noting that if you have a spare $40000 you can buy one of the nine Caribou transport aircraft mothballed beside the museum. 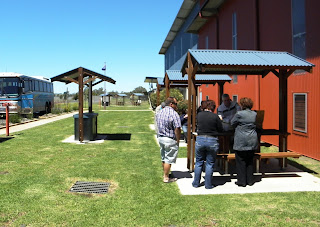 After a warming coffee at the museum, and a queue at the toilets (there was a seniors tour bus there at the same time) we set off for Brookstead via Pittsworth. 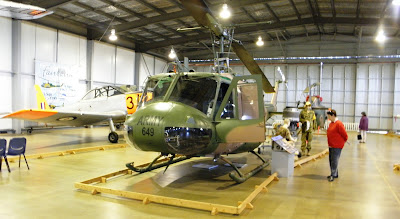 More bad language and backing-up followed, involving a junkyard with Datsun 120Ys, a mysterious mural and badly-positioned road signs. Nothing daunted, we arrived at the Brookstead pub where the beer was cold and the hospitality country-friendly. 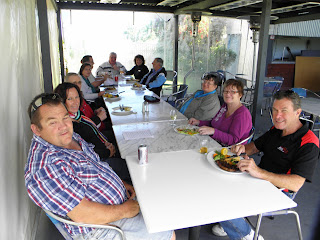 Over lunch, the questionnaire was scored. The winners were from Brisbane - so much for "local knowledge". The planners did a good job, and we all know a lot more about that particular neck of the woods.
As we left the pub one of the locals drinking on the patio out front requested a wheelie. Someone should have explained to him that MX5 owners are people of taste and refinement.
Posted by 1735099 at 11:34

Steak at a country pub - what a way to end a road trip.

Well how about that, and more coincidences...

On Sunday we had lunch at Shellharbour pub and an MG club from Sydney were on an outing. My wife asked me about the cars (I'll post some pictures on my blog) and I mentioned that they would be driven by old farts, as younger blokes gravitated towards the Mazda.

Driving MGs is a primary cause of premature aging....