A Couple of Random Thoughts 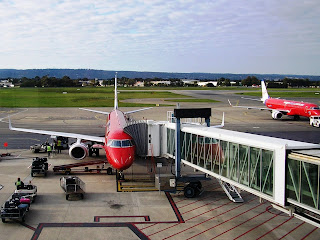 As my daughter and I were waiting to board our Adelaide-Brisbane flight on Sunday, I went to order a coffee.
Next to me in the queue was a bloke about my age wearing a Vietnam Veteran's Association of Australia T-shirt. We got to talking over the coffee.
He was in a Sigs unit, at the same time I was in country, and spent pretty much all of his time in the Dat.
He showed me his TPI Gold Card, and explained that he'd been injured in an accident during his tour, and his back was shot.
We were heading for different aircraft, so we wished each other well and I boarded the Embraer 190 that was taking us to Brisbane.
The flight lasted about two hours, so I had time to ponder two things.
I've met heaps of Vietnam veterans over the years, and anecdotally, the majority seem to be TPI. Again, anecdotally, there doesn't seem to be a connection between this and the corps in which they served. Naively, perhaps, I'd always assumed that ex-infantry people would be more likely to be incapacitated by their service. I'd like to see some statistics on this.
I'm also reminded that I've been lucky. Most of the blokes surviving from my old rifle section are also TPI, but I'm still able to earn a living.
Must be my parents' sturdy genes…..
The other thing that I found interesting was that I was a passenger in an aircraft manufactured by a Brazilian firm. Given the economic and geographical similarities between Brazil and Australia, I wondered why we don't have a viable aero industry.
They're a comfortable aircraft, although lacking many of the in-flight entertainment fripperies you find on a Boeing. There is actually more leg room, despite the narrower fuselage, as you sit two plus two.
It was good to get home, although I had to face up to Roma-Quilpie-Thargomindah- St George on Tuesday. This meant that in the last two weeks I'd driven 4000kms and flown 1600.
Posted by 1735099 at 10:35

TPI is about $1,000 a fortnight, plus you get the gold card (you get it for 100% disability as well)but more importantly, no matter how you die your wife will get the war widow's pension automatically and will not become part of the 220,000 widows who have been denied the war widows pension by DVA.

I have my own pet theory.

40 years ago Vietnam Veterans were shunned by society, even the nashos who had no choice but to throw the green suit on or wear the prison one.

This I believe had a profound effect on the men, the fittest in their peer group otherwise they would not have been called up, that haunts them to this day.

Vietnam never leaves a soldier. Indeed on most blog entries, you too 1735099 refer to the Vietnam war and your service.

There are less than 30,000 in receipt of the special rate pension.

Cav
I'd agree with you that the reception given on RTA probably had a major effect on many, and that it is a contributing factor to the relatively high incidence of mental illness amongst veterans.
I'm sure that in some cases, it has had much the same result as trauma experienced on active service.
Thanks for the informative link. Where would I find stats that compare TPI recipients with corps and posting?
BTW - I'm not always on about Vietnam. Look at the topic summary -
* Books (7)
* Education (37)
* Family (22)
* Firearms (3)
* Jellybeans (21)
* Media (15)
* Motoring (33)
* Movies (1)
* Politics (101)
* Travel (40)
* Vietnam (24)
* Whimsy (28)

The link doesn't work from your blog - if people copy and paste what's there and delete all after statistics, the page will come up.

I too would like a breakdown by services and I note that you can request more info.