The Virus is an Asteroid 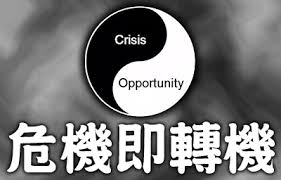 When I first posted about the shutdown about a month ago, very little was clear and understood.

Not much has changed, but we are coming out of it slowly, and inevitably.

An asteroid struck the earth back sixty-six million years ago, which put paid to the dinosaurs. Perhaps a few dinosaurs have been laid to rest by Covid-19. They include the notion that individuality (whatever that is) rules, and that we can do our own thing without reference to, or consideration for, our fellow man. I wonder what Ayn Rand would make of it.

That ideology seems to be having consequences across the Pacific, in both North and South America.

It's obvious that the virus continues to hold secrets. We don't really know how it originated, how it spreads, and how it should be treated. Maybe we should revisit 1918 to seek some of the answers.

The pandemic could be considered as a reset.

Temporary resets have occurred in this country in relation to welfare payments and subsidising business. There's an opportunity to extend them to foreign relations, sovereignty, and immigration, and to make all extensions permanent.

The spread of the virus is obviously an international tragedy.

If we're smart, we can turn this crisis into a national opportunity.

As the cliche reminds us, the Chinese character for "crisis" has elements which signify "danger" and opportunity"

During the lockdown curious things happen.
For example, Alan Jones announced his retirement from radio.
He’s done a great deal of apologising, and would talk under wet cement, but he’s always been very reluctant to discuss why he left Kings in the 70s, and what he was doing in London in 1988 when he was arrested in a public toilet. Perhaps he was looking for Cassie……

You can say that again - anonymous commentators making statements that have absolutely nothing to do with the topic.
It takes all kinds.....

I think this one has the hots for Mr. Jones and spreads this stuff around hoping to get some adoration. Pretty sure he/she/it posts on Pickering Post which has become Richardson Post.