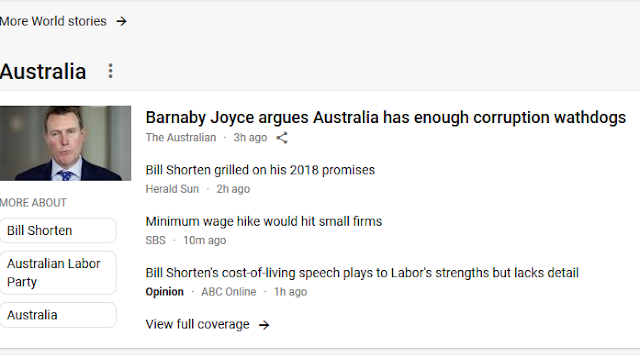 I kid you not, gentle reader – the above was a headline from The Oz (also known as the Australian – the fart of the nation).

As I write this, it’s been up there on their webpage for at least three hours.

And if this is a “quality newspaper”, I can’t imagine what a run of the mill tabloid looks like these days.

On second thoughts I could. 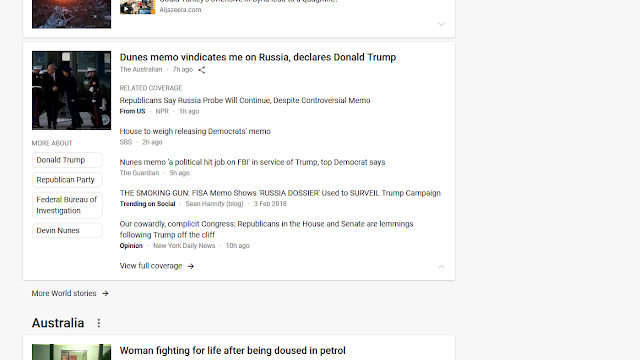 You really should get a job as a universal proof reader during your dotage. Utilise those years of practice as you corrected many students who had learned to write using phonetics as a method of communication. You must have been a busy head master as many of your teachers utilised the same approach to the English language.
Displaying your knowledge in this fashion is merely putting yourself on display as a pedant.

Just to show you how proud I am to be labeled a"pedant", I'll set you straight on a couple of things.
You used "phonetics" (the study and classification of speech sounds) when I think you meant "phonics".
The term "head master" is a carry over from the British public school system, and fell out of common usage about two decades ago.
You mean "principal".
The quality of the copy daily presented in all forms of media could do with a few pedants (formally known as "editors").
Most media organisations have done away with them. They have to be paid, and that stuffs up the business model.

Phonics could be considered a simplified form of phonetics used in teaching children.

Head master is a term I reserve for Principals for whom I have a certain lack of respect.
I did mean "head master".

We do agree however on the lack of quality of written work in the media.

Phonics could be considered a simplified form of phonetics used in teaching children.
No it couldn't.
Phonetics is the analysis and classification of speech sounds.
It is not used to teach reading.
It is only ever used in a teaching context in elocution classes.
Phonics is a long standing teaching method.
They are two completely different concepts.
Here's a helpful hint.
Try posting commentary rather than abuse.

That is your opinion Bobby.

Phonics the simplified version of Phonetics is used in teaching children. It's application since the 70s has led to a larger than acceptable level of students and now adults being unable to spell correctly. This was due to teachers not correcting spelling errors when the students applied their understanding of phonics to their written work. You can deny, deny, deny, but I am old enough to have witnessed the results.

How is that for commentary head master?

It's comedy, rather than commentary.
In the first place, teachers have come in for a great deal of criticism for NOT using phonics in the teaching of reading.
Phonics is seen by some (mostly conservative politicians) as the silver bullet to cure all literacy ills.
It's not - it's just one method amongst many that can be employed to support early literacy learning.
No two kids are alike, so advocating one method above all others is foolishness, particularly for English literacy. It might be okay if it were Italian, but when you have a language that uses so many different combinations of characters to represent one sound, you're on a hiding to nothing.
Here are just a few examples -
1. Same Letter Different Sounds:
The same letter does not always represent the
same sound in English. Some letters can stand for as many
as four different sounds. For instance,
(A) The letter c has no sound equivalent as c. It is
realized as
i. /k/ as in cup, cat, cotton, bacon, etc.
/s/ as in cellar, receive, accent, access.
(B) The letter g is pronounced
i. /g/ as in guess, guy, got, guide, gross, etc.
ii / / as in age, agenda, large, huge, etc.
(C) The letter s is realized as
i. /s/ as in sat, sing, socks, etc.
ii. /z/ as in bosom, busy, cousin, easy, feasible,
hesitate etc.
iii. /∫/ as in mission, sure, sugar
iv / ʒ /as in vision, measure, leisure, usual
(D) The letter u is realized as
i. /u/ as in put, bull, sugar
ii. /aI/ as in buy, guy
iii. /ә/ as in succeed, succumb, suspect
iv. /∧/ as in bud, gull, luck, such, study, etc
v. /uә/ as in jury, rural, etc.
(E) The letter A is pronounced
i. /æ/ as in sat hand, match
ii. /a: / as in ask, balm, part, laugh, clerk
iii /ɒ/ as in was, want, wash, because
iv // as in tall, all, walk
v /e/ as in any, many
vi /I/ as in village, private, baggage
2. Same Sound Different Letters
Another area of discrepancy between spelling
and sound in English is a situation where the same sound
is not always represented by the same letter. Such
examples are:
(A) The velar plosive /k/ has different spelling forms as
k keen, speaker, peak, keg
c cut, cap, act, cattle
cc occasion, according, occur, occupy
ch chemist, stomach
ck pack, back, black
(B) The velar Plosive /g/ is spelt
g gate, give, bag, go, etc
gg juggle, begged
gh ghost, aghast
Silent K as in: know, knit, knock, knight, knee, knife,
kneel, knowledge knew, knapsack. knob
Silent L as in: could, would, should, calf, chalk. Palm,
walk, yolk, half, behalf, psalm, talk
Spelling and Phonetic Inconsistencies in English…
African Research Review Vol. 2 (1) Jan.,
2008
71
Silent M as in: mnemonics
Silent N as in: Hymn, solemn, condemn, column,
autumn,
Wednesday /wenzdI/
Silent P as in: psalm, psychology, pneumonia, psychic,
pseudo, corps, cupboard, Sampson,
empty,
receipt, coup, pseudonym
Silent T as in: listen, often, castle, butcher, wrestle,
deport, rapport, Wretch, ballet, Christmas
Silent U as in: guess, quest, guard, guide, rouge,
colleague, guitar, guinea, vague, guild
Silent W as in: wretched , wrestling, wrinkle, wrong,
who,
whore, wrath, wrist, wrap, sword,
wrapper,whom
And phonics is simply not a "simplified version of phonetics".
phonics–
The branch of linguistics concerned with spoken sounds; phonetics
The correlations between sound and symbol in an alphabetic writing system; the phonic method of teaching reading.
phonetics
The study and classification of speech sounds, esp. with regard to the physical aspects of their production; the branch of linguistics that deals with this.
You used "phonetics" as a description of a teaching method.
It isn't.

Phonetics is the study and classification of spoken sounds in languages.

So no, you couldn't teach phonetics by learning only phonics. Phonics is an application of phonetic research, so with the right classes and research into phonetics, you could conceivably teach phonics. However, that would be time consuming unless you just focused on phonics as a sub-area of phonetics.

If your interest is in teaching phonics, better then to take specific courses about that, and not try to ingest the enormous field of phonetics, encompassing all its numerous branches and sub-branches. Indeed, professional academics who study phonetics tend to specialize in certain areas of it.