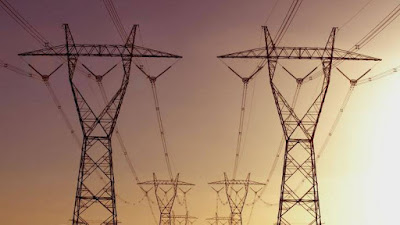 Malcolm Turnbull, Scott Morrison and others have been loud in their criticism of the South Australian commitment to renewable energy.

The catch-cry is “ideology” getting in the way of common sense.

I couldn’t agree more about the interference of ideology, but I’d like to draw your attention, gentle reader, to a different ideology at play which is most definitely flying in the face of common sense.

The system had capacity to meet the generation shortfall. In order to do so, the back-up gas generator at Pelican Point had to be powered up to a point where it could meet the shortfall.

You might ask why, gentle reader. The answer is simple. Nobody was going to make a quid out of it.
Funny thing is, the supplier probably would have done OK, but it was all too hard, despite the forecast warnings, and the predicable spike in load.

Electricity supply has mysteriously morphed from a service to a market. There are those of us who can remember when the supply was owned and controlled by the public.

So the ideology at play here is marketism, not commitment to renewable energy. Unfortunately, the market sometimes fails. There are situations where the market is not the answer.

The people of South Australia have become political collateral in a tussle between competing ideologies.

What an absolute disgrace.

Update: We all know that soaring energy costs are driven by the move to renewables.
Not really...
at February 10, 2017