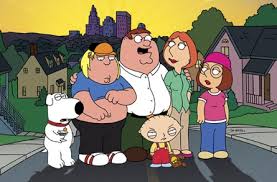 Monday found me working in a largish school in a western town.

As occasionally happens, both students I was to visit were absent on the day - not an unusual occurrence on Mondays. So after working with their teachers for a while, I was left with about an hour to fill in before my next appointment.

There's always plenty to do (reports, phone calls etc) so with my trusty laptop I repaired to the school library where there is good Wifi .

The library (a swish structure built with Rudd's BER money) was a hive of activity, and I had some trouble finding a quiet corner.

Eventually I did, and settled down to work.

The table I was working on abutted against a partitioned wall, and on the other side of the partition was a pretty noisy year three class. I don't know what they were doing, but the teacher was having a hard time keeping them on task.

What was more of an issue than the noise, was the fact that someone on the other side of the partition was bumping it backwards and forwards, making keyboarding difficult. I have enough trouble using a keyboard that's perfectly still. Oscillation adds to the trouble.

I was about to scoot around to the other side of the partition to nail the perpetrator, when the bumping stopped. It stopped because the exasperated teacher had banished the bumper (a dark haired eight year old boy) from the class, and he was now wandering around the library, despite the fact that he had been told to sit on a chair in the corner.

He spotted me, and then began an interrogation. He wanted to find out all about me, and even after I managed to get him to sit where he was supposed to, he wouldn't leave me alone.

This was one little boy who obviously craved attention - any kind of attention, and I sensed something unusual in his frantic demeanour.

The lesson finished, and he joined the class leaving the library, but not before the teacher had to ask him three times to do so, and I had studiously ignored him to help her. I had a acquired a new best friend.

I caught up with this same teacher later in the day, and asked about this child. She explained that his father was in jail, and from time to time, his mother had been. The issue was family violence and drug use.

The behaviour was a reaction, I assume, to the disastrous family situation, and after forty years plus in the business, I reckon I can pick kids like this one on sight. Just identifying them doesn't help, I guess. Usually they identify themselves.