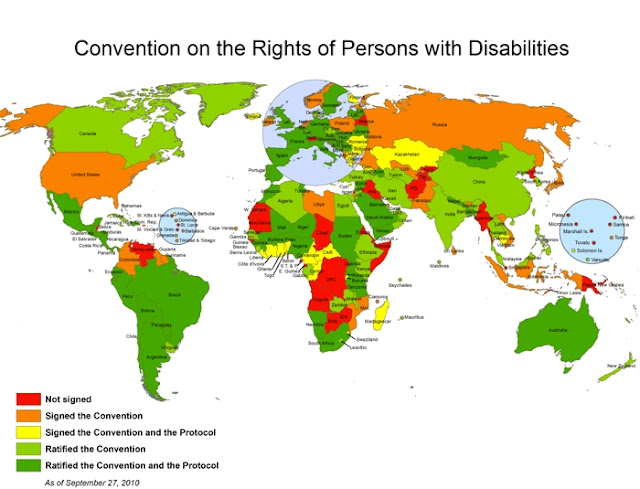 Nothing reveals so clearly the moral bankruptcy of the American Right as the Republican Party’s stance on the Convention on the Rights of Persons with Disabilities.

To quote from the report - Supporters (of the legislation) dismissed those fears as paranoid, noting that the treaty would change nothing in U.S. law without further approval from Congress.

It has nothing to do with reality – it’s all about seeming and posturing.

When seeming and posturing is more important than the rights of the most vulnerable in the community, you know you have a problem.

Looking at the map, it puts the Yanks in interesting company.