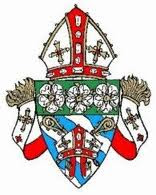 This is the response to the Houston report by the Australian Bishops Conference.

It was handed to parishioners at Mass on Sunday.

This month, 178 Iraqi civilians lost their lives in their homeland. Most civilians caught in situations of armed conflict will die in horrific circumstances at home in tragedies that affect much larger human numbers than those seeking asylum by boat in Australia. Australia is not being asked to take in all of the world's refugees.

The Catholic Church in response needs to come up with something of a "scorecard" on this report from the perspective of our tradition. "The Church is close to refugees, not only with their pastoral presence and material support, but also with her commitment to defend their human dignity. Concern for refugees must lead us to reaffirm and highlight universally recognised human rights and to ask that the effective recognition of these rights be guaranteed to refugees. " (John Paul II, 1990, Message for Lent, 3, in "L'Osservatore Romano, English edition, 12 February, 1999, Page 5.) There are a number of hopeful aspects to The Houston Report, yet there are also some problems we wish to draw attention to. Three experienced people have worked hard on this report and invited submissions from agencies and individuals concerned with Australia's treatment of refugees and asylum seekers. Indeed, this issue is one which has marked our history and calls us to reflect. ,

The 22 recommendations were compiled in a comprehensive report and it is difficult to do justice to each aspect - yet out of love for our fellow human beings, we must consider its findings. Firstly, the recommendation was made by the Houston panel to increase our humanitarian intake to 20,000 people per year. This one policy decision will have the greatest impact on the asylum seeker phenomenon. The report's recommendation to separate the onshore asylum program and the offshore resettlement program is also crucial and was one of the recommendations the ACMRO made in its submission to the panel. Both programs are essential to save the lives of those who are stuck in their homeland and those who suddenly need to leave in order to save their lives.

The proposal to use Nauru and Papua New Guinea for offshore processing is less helpful and many commentators have simply labelled this a return to "The Pacific Solution". This policy is a concern because it is not likely to deter asylum seekers any more than Christmas Island or other remote detention facilities. What is important to asylum seekers is the opportunity to gain access to Australia. Asylum seekers know from experience that Australia is the only resettlement country available to them once they are placed on Nauru. Experience suggests that most will be recognised as refugees and hence they cannot be sent home. No other country will resettle them and so most will remain in Australia anyway.

The Houston Report estimates that Australia will waste $1.4 billion penalising a little over 2,000 asylum seekers who will end up at Nauru or PNG. Meanwhile, another $1.4 billion will be used to resettle over 6,250 humanitarian entrants.

If both sums of money were used for resettlement we could help 26,250 per year. This would mean 6,250 people wouldn't have to seek asylum by boat - resettlement is a much better deterrent than Nauru.

Finally, the sanctity of family unity is non-negotiable in Catholic teaching. The Panel's recommendations preventing family reunions for those who come by boat are perhaps the most troubling of the proposals offered to the Government. Preventing vulnerable people from being able to reunite with their families can never have positive consequences for our society and we need only imagine what this could lead to. The focus of this report ultimately, from this perspective, cannot be seen as caring for the well-being of vulnerable people.

Once again, such a policy is unnecessarily punitive to those who seek asylum by boat. From the perspective of faith, we cannot see any sense or compassion in such a measure. Now, all of this critique and discernment about the report is well and good, but for Christians, we need to go to the teaching of the Church.

This year's message on the World Day of Migrants and Refugees speaks quite specifically to the findings of this report. It clearly argues that while a pragmatic set of recommendations and policies might seem to solve a "problem" we can never ignore the cries of our sisters and brothers.

"Asylum seekers, who fled from persecution, violence and situations that put their life at risk, stand in need of our understanding and welcome, of respect for their human dignity and rights, as well as awareness of their duties. Their suffering pleads with individual states and the international community to adopt attitudes of reciprocal acceptance, overcoming fears and avoiding forms of discrimination, and to make provisions for concrete solidarity also through appropriate structures for hospitality and resettlement programmes.

All this entails mutual help between the suffering regions and those which, already for years, have accepted a large number of fleeing people, as well as a greater sharing of responsibilities among States. (Benedict XVI) Fr Maurizio Pettena CS is the Director of the Australian Catholic Migrant and Refugee Office.

The Bishop's response is probably best summarised in this extract -

"Once again, such a policy is unnecessarily punitive to those who seek asylum by boat. From the perspective of faith, we cannot see any sense or compassion in such a measure."

The other issue, of course, is whether this will slow or stop the flow of boats. This shows they doubt this -

"Asylum seekers know from experience that Australia is the only resettlement country available to them once they are placed on Nauru. Experience suggests that most will be recognised as refugees and hence they cannot be sent home. No other country will resettle them and so most will remain in Australia anyway."

They're correct of course.

It puts a solution - whereas this response does not.

Seventy percent is most I guess.