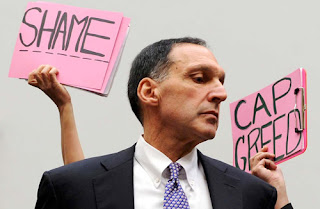 Greed is right, no not right in itself, but it was the reason for the GFC.