Today we continued North-West, along with at least three quarters of the population of Victoria, all driving caravans. I hope the last people leaving down there remember to turn off the lights. 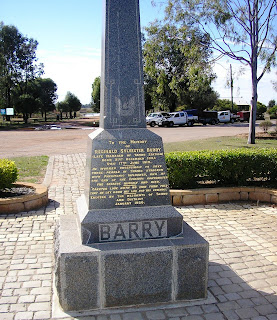 In Tambo, there’s a monument to Barry. He saved people from influenza, but died of it himself. Obviously, they thought a great deal of him. It’s a well-built quality monument .
Actually, his name was Reg. 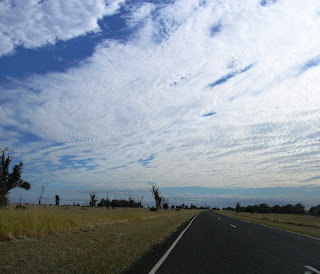 The further north we travelled, the warmer it became. The overcast cleared, and the sky started to brighten up and look interesting. 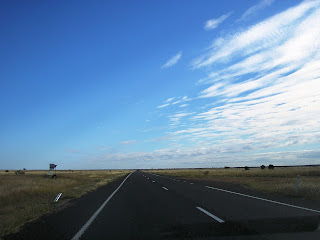 It’s almost possible out here to see the curvature of the earth.
Somebody’s been moving dongas along this road. That’s why the guide posts are bent.
We spent some time in Barcaldine, home of the Australian Labor Party. Back before the turn of the century, there was an almighty stoush between the squatters and the shearers out here. It got pretty willing, with armed police trying to keep over 700 shearers on the straight and narrow after they burnt down some sheds and marched by torchlight in Barcaldine. 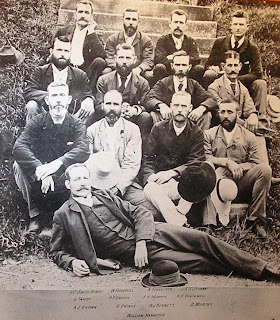 In the end, about a dozen of them were locked away for a few years on conspiracy charges, but the result was the creation of the Australian Labor Party.
Back then, at the height of the conflict, the shearers used to meet under a gum tree in front of the railway station. It began to be called the “Tree of Knowledge” and remained a symbol of this time for over 100 years, until someone poisoned it in the early 2000s. 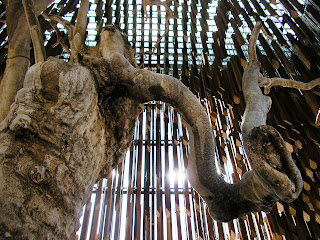 The tree was cloned and preserved, and encased in a structure opened in 2009. 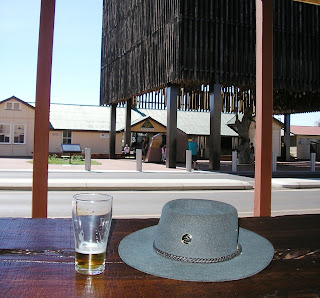 You can sit in the Artesian Hotel across the road, and ponder the history over a counter lunch. We did. 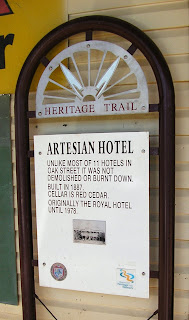 Pubs in Barcaldine have had a hard time down the years. Almost all were burnt down.
Tomorrow is Longreach.
Posted by 1735099 at 08:19

Hair a bit thin is it?

No, but I burn easily.