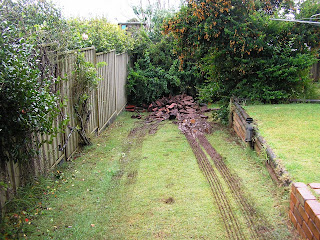 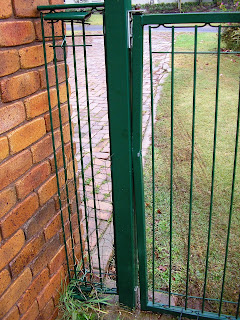 He handed me back the cheque for the wood, on account of the damage done to the lawn and gate. I'm easy going, said "no worries",  and told him to keep the cheque.
I couldn't abide his doleful look. Maybe he's learned something.
Now I've got to stack a tonne of wet, muddy wood. I'll wait until it stops raining. Nana (visiting at the moment) will have a fire. When you're nudging ninety, you feel the cold a bit, especially when you come from FNQ.*
* Far North Queensland
Posted by 1735099 at 11:29

We use gas heaters

The best way for a load of logs to keep you warm is for you to chop them.

A friend of mine lives near Goulburn. Temp often goes below zero. I've stood outside in the snow in a T-shirt, chopping logs for the fire, and been sweating.

As for the gumby who did the delivery, the easiest way to drop a load like that is to lower the tailgate, reverse quickly and then slam on the brakes. So long as you don't mind where the load ends up.