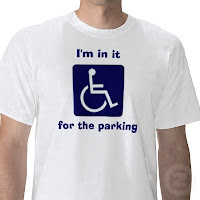 Today I had the privilege of witnessing pure unadulterated courage.

I spent most of the day in the rehabilitation ward of the Royal Children’s’ Hospital with my brother and his twelve year-old son.

This lad had a medulloblastoma cerebral tumor removed on Anzac Day 2009, and after months of chemotherapy is now well enough to begin a period of intensive therapy to help him rehabilitate.

He is beginning to regain speech; his muscles, wasted after months of enforced inactivity are being made to work again, and he is setting off down the road of regaining maximum independence.

His absolute focus and dedication to the task is breathtaking. If determination and sheer dogged grit have anything to do with it, he will get there. It was an absolute privilege to witness the beginning of this journey.
Posted by 1735099 at 20:50